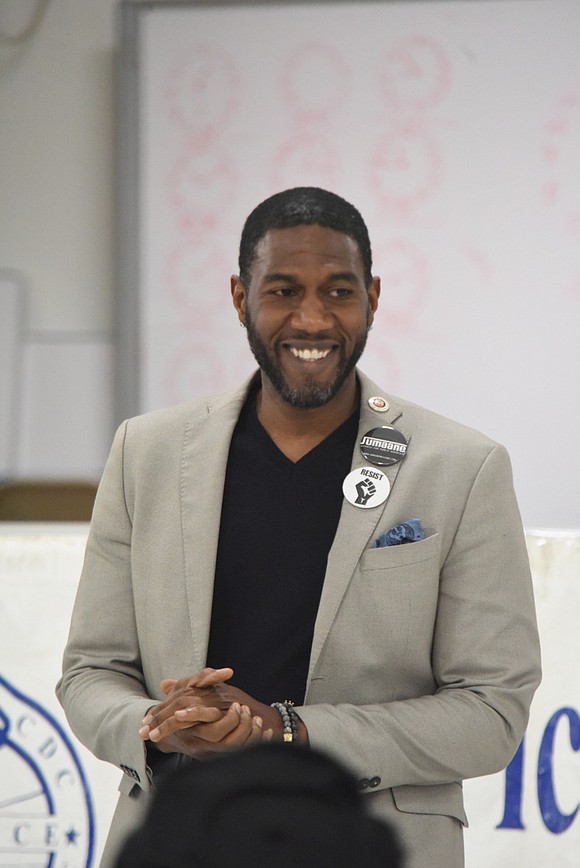 “This campaign may have been relatively short but this journey has been long—it traces back across years of working with all of you on the front lines of the issues that matter to all of us—of fighting for transformational change in the streets and in the halls of government,” said Williams at his victory party. “As your public advocate, I promise that we will take up these causes and more, with energy, passion and resolve—to do what’s right, no matter the political winds. I know I’ll have all of you by my side in these fights.”

Williams’ rise from Councilmember to prominent fixture among progressive activists to the second-highest position in the city government coincided with the rise of the Working Families Party. He thanked the party for their support throughout his political career.

“A decade ago, I got connected up with the Working Families Party, before my first race for City Council, and together we won,” said Williams. “We fought to end the abuse of stop and frisk together, we fought for paid sick days together, we even mounted a statewide campaign this past fall together, and now this win is yours too, WFP. To Tish James, you left some pretty big shoes to fill…to the mayor, I’m not running for your job, but I’m going to work with you to make sure we work on behalf of the people.”

“I join all New Yorkers in congratulating Jumaane Williams for being elected New York City’s public advocate,” said de Blasio. “As a former public advocate, I know firsthand how important this office is to our city. The public advocate holds our entire city government accountable and amplifies the voices of all New Yorkers. I look forward to working with Public Advocate Williams to continue making this the fairest big city in America.”

“This is another big victory for the progressive movement that swept away the corporate Democrats in the IDC and ousted Republicans from the State Senate,” stated Lipton. “Tonight is proof positive that progressives in this state have never been stronger. We won’t stop until we’ve built a New York that works for the many, not the few.”

The public advocate’s office has a $3.5 million budget and serves as the watchdog for City Hall. The public advocate has the ability to hold public hearings and, in a power not often used, introduce legislation.

Although Williams told de Blasio that he’s not here to take his job, it’s a fact that the previous two recent public advocates, de Blasio and New York State Attorney General Letitia James, have moved on to other positions. With rumors of de Blasio eyeing a presidential run, Williams would take over as mayor if de Blasio left early to pursue the White House.

New York State Assemblyman Michael Blake, who finished with only 8 percent of the vote, acknowledged to his supporters that it was a tough night, but reminded New Yorkers of the mission at hand and what he hopes any public advocate would accomplish.

“This effort was never going to be an easy climb, and your hard work over the past few months is truly inspiring,” stated Blake. “Our Jobs and Justice movement speaks out loud and clear, united by a belief that all New Yorkers deserve an equal opportunity to thrive. We are a movement which understands that addressing the root causes of inequity matters more than slogans. We believe that in order for all New Yorkers to [get] a fair shot at the American Dream, we must deliver on jobs and justice for the people.”

In a Democratic-dominated city like New York, one might find it surprising that a Republican, Ulrich, made a good showing in a non-mayoral election. But it didn’t surprise New York GOP Chairman Ed Cox, who saw in the results a city that’s fed up with the mayor and his stewardship of the five boroughs.

“Tonight, tens of thousands of New Yorkers sent a message that they are unhappy with the direction of this city under liberal Mayor de Blasio and want real accountability,” stated Cox. “We congratulate Councilman Ulrich on running a hard-fought race and distinguishing himself as a true common-sense candidate. While he came up short, this race affirmed that Republicans can compete in New York City and issues matter.”