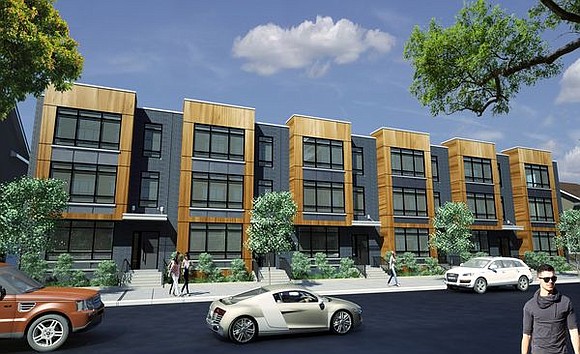 Queen Latifah is known for her work in music, TV and films but the New Jersey native is now giving back to the community that gave her so much by building affordable housing in her hometown of Newark.

Reports indicate Latifah is one of the investors in a 76-unit cluster of multifamily town homes worth $14 million. The homes will be built on Springfield Avenue and South 17th Street. The BlueSugar Corporation, which Latifah is co-president of, is working with GonSosa Development on the project.

Twenty-three family town homes and a three-story mixed-used building with an additional 16 units will be built. The 16 units will be reserved for affordable housing. Nonprofits will occupy 1,900 square feet of commercial space. Market rate housing will start at a reported $1,800 a month.

“They understand how difficult it is to make ends meet for many residents and want to be part of the solution,” a representative said on behalf of both companies. “They remain dedicated to making life better in communities like Newark.”

Latifah’s new development is part of the ongoing effort to build more affordable housing in Newark. According to a 2017 Rutgers University study, over 20,000 households in Newark are paying more than 50 percent of their income toward rent.The median household income in Newark is about $37,000.

Rents are also getting higher as more New Yorkers are coming to Newark in search of cheaper rents. However, longtime residents are being priced out as more developments come.

The Rutgers study found that during the summer of 2017, the median asking rent advertised on Trulia and Craigslist was almost $1,400. Experts say the state government isn’t doing enough to preserve affordable housing.

“Newark has been unable to devote the staffing resources to ensure adequate registration and compliance with its rent control regulations, leaving residents in either substandard units or, when landlords illegally charge too much, losing the units to market rates,” the Rutgers study said.

Last year, state officials and community leaders announced the rehabilitation for Garden Spires and Spruce Spires with more than $172 million in funding to rehabilitate the two buildings that were dilapidated and nearly uninhabitable. The planned rehabilitation by the new owner, Omni America, LLC, was funded and financed by the state and will provide for more than 650 households who live in the public housing complexes.

“Access to safe, affordable, and adequate housing is a fundamental human right,” said U.S. Sen. Cory Booker. “During my days as a housing advocate in buildings like Garden Spires and later as mayor of Newark, I saw firsthand the challenges families face in trying to satisfy this most essential human need.”