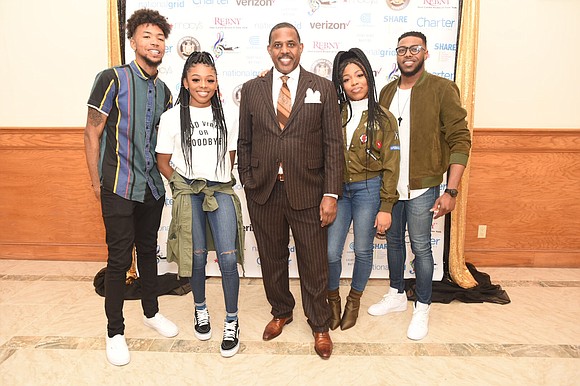 In addition, the event featured an array of musical acts including community groups such as the Ifetayo Cultural Arts Academy, Negus Adeyemi, ZCO/Dance Project, Kym Hampton, The Group Fire, Jules Bartholomew & Judacamp, and Kymberli Joye. For the past 14 years, A Shared Dream has been attended by thousands of concertgoers from across the five boroughs. Community, religious, and political leaders joined Senator Parker on stage to reflect upon, and pay tribute to, Dr. King’s life and legacy.

“Every year I look forward to having constituents in my district and the surrounding areas come together and celebrate the life and legacy of Rev. Dr. Martin Luther King Jr. I am also proud that we were able to include a scholarship presentation during this year’s tribute concert. We want young people to not only celebrate the legacy of those before them, but know the community supports them as they work to build legacies of their own,” said Sen. Parker

During the event, board members of the A Shared Dream Foundation presented a scholarship check to Shemar Cole and Chanelle Wilson. The organization looks forward to expanding their scholarship program within the next few years.

This event was made possible by the generous contributions of Charter, Macys, Verizon, National Grid, Con Edison, Golden Krust and Doc’s Cake Shop.