Starr Andrews is ready for the big time 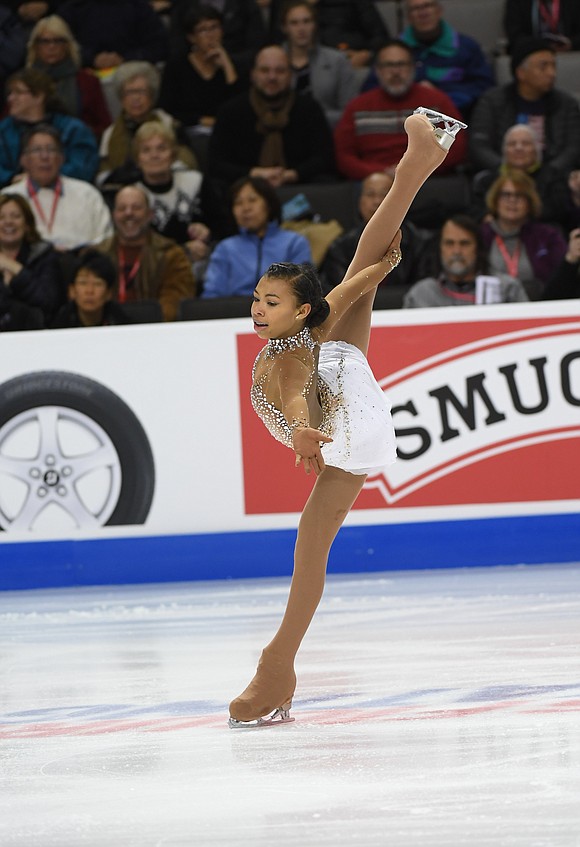 After delivering a standing-ovation-worthy free skate at the 2018 U.S. Figure Skating Championships, senior ladies competitor Starr Andrews has focused on continuous improvement. This season has been her first on the Grand Prix circuit, and settling into the upper echelons of competitive skating is not easy. There have been some bumps along the way, but Andrews, 17, is determined to make her mark.

“I’m really enjoying it. Definitely new experiences—it’s all a learning curve,” said Andrews, who lives and trains in Los Angeles. “Skate America and Skate Canada were very different. In Skate America, I felt more pressure in my home country. In Skate Canada, it was a little bit more laid-back. The audiences were amazing in both of them. That helps a lot.”

Coach/choreographer Derrick Delmore has created more mature programs for Andrews. The short program is set to “Summertime” by George Gershwin, and the free skate combines several cuts of music with an overarching African tribal theme. Although lyrics are allowed in competitive programs, they opted to go with music only for the free skate.

“I love both of my programs and I love that they’re different,” said Andrews. “My short program is softer, which I wanted. For the free skate, I had in my mind I wanted to do more of a tribal program. [Derrick] played the music for me, and I said, ‘I’ll totally do that.’”

She added, “I originally wanted to skate to ‘Black Panther,’ but [Derrick] didn’t like the music for me. He did like the idea.”

Delmore gave Andrews a storyline that she is a warrior princess. The costume design reflects the program theme. She loves the beading details in her costume, which was designed by Lisa McKinnon. Andrews has been experimenting with hairstyles.

The 2019 U.S. Championships are taking place in Detroit. The senior ladies compete Jan. 24 and 25. Andrews is hard at work in preparation, including some lessons at the Debbie Allen Dance Academy in Los Angeles to improve her interpretation of the music.

“I’m definitely training my programs a lot,” said Andrews. “I’m focusing on my artistry and, of course, my technical, but I want my artistry to stand out a lot when I do Nationals. I’ve also been working on my stamina and my speed—improving on everything.”