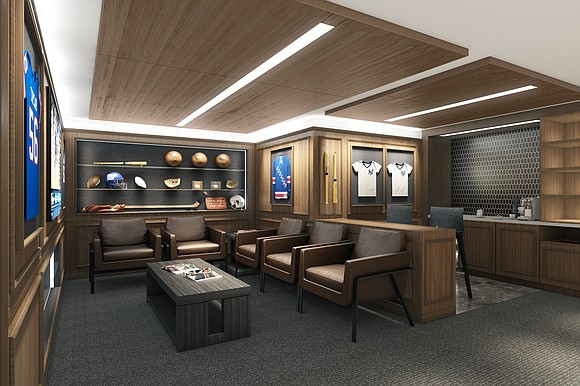 The Department of Urology at the Mount Sinai Health System has partnered with the nonprofit organization Man Cave Health to launch a first-of-its-kind sports-themed resource center for men that will provide educational resources on prostate health.

According to the American Cancer Society, one in seven men will be diagnosed with prostate cancer in his lifetime, making it the most common cancer among men other than skin cancer. Although it is a serious disease, prostate cancer is treatable if caught early.

“Men take better care of their cars than they do their bodies, and that needs to change,” said Ash Tewari, MBBS, MCh, chair of the Department of Urology at the Mount Sinai Health System and the Kyung Hyun Kim, M.D. Professor of Urology at the Icahn School of Medicine at Mount Sinai. “Man Cave Health offers a new way to start a conversation about health issues that men avoid discussing.”

After a prostate cancer diagnosis in 2016, Thomas Milana Jr. elected to have surgery performed by Tewari, who has performed more than 6,000 robotic radical prostatectomies. Milana has become an advocate for fellow prostate cancer survivors. He founded Man Cave Health to raise awareness about men’s health issues

“Men need to know that it’s important to go to the doctor, and if we can provide them with an environment that is male-friendly, it will encourage them to seek preventive care and treatment,” said Milana. “It’s critical for men to identify prostate cancer at its earliest stages with prostate-specific antigen testing and consultations.”

The sports-themed center sponsored by Man Cave Health is located in the Department of Urology’s midtown practice at 625 Madison Ave. and will be open for patients to use Monday to Friday from 9 a.m. to 5 p.m. The center will have educational resources on prostate health; memorabilia from local sports teams, including the Knicks, Rangers, Yankees, Mets, Giants, and Jets; 65-inch televisions tuned to sports programming; a free coffee bar; and access to Man Cave Health’s toll free hotline 1-833-HEAL-MEN.

Man Cave Health will give men access to important resources through a unique patient care model, including the following:

The Department of Urology at the Mount Sinai Health System has more than 190 urologists on staff, more than any other health care system in New York City. Its robotic surgery program is among the most robust in the country. Genomic testing and advanced imaging are routine for patients with prostate cancer, providing personalized and precise treatment protocols.

• Diagnosing cancer early: Speak with your physician about the benefits of screening. For men at high risk, screening should be considered at age 40.

• Screening tests: Screenings consist of a blood test to measure the PSA level and a digital rectal exam, which can uncover physical abnormalities of the prostate that might be a sign of cancer.

• Age is the greatest risk factor: The average age at diagnosis of prostate cancer in the United States is 69 years.

• Family history is important: Having a father or brother with prostate cancer more than doubles a man’s risk.

• Race is a factor: Prostate cancer occurs more often in African-American men, and they have more than twice the risk of dying from it.