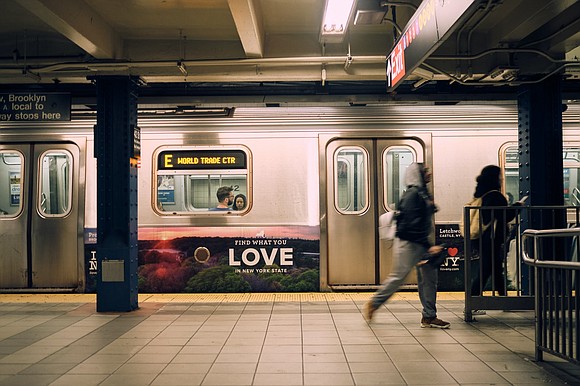 Why now? What took so long?

That’s the talking point shared by many elected officials and public transit activists after New York State Gov. Andrew Cuomo announced a new fix for the L train, avoiding an outright shutdown of the tunnel between Brooklyn and Manhattan.

After months of activists’ social media pushing #CuomosMTA, the governor acknowledged his ownership of the problem.

According to the governor, during a recent conference call, he contacted Columbia and Cornell, assuming they would review and confirm the initial plan for the total shutdown of the train tunnel.

“We then looked at the Amtrak Gateway Tunnel, which is of a similar design and time, and they started asking questions,” said Cuomo. “And it was very much a collaborative process. What Columbia and Cornell brought to the table was international experience and precedence that had been used in Europe. The London Tunnel, the Riyadh Tunnel, Singapore Tunnel, Hong Kong Tunnel, that use a different design than we use in the United States.”

The plan includes implementing a new power and control system design, a racking system design to suspend cables on the side of the tunnel, jacket cables with low smoke, zero halogen fireproof material and abandoning all old cables in the bench wall, among others.

“They don’t use this, quote unquote bench wall design, which was the original architectural design, which is construction of a cement wall on the base of each side of the tunnel,” said Cuomo during the conference call. “In that cement wall, they run conduits, ceramic pipes. In the ceramic pipe they run the cable. The original design was done for fire protection. Since then, the fire protection codings have increased in sophistication and you no longer need cement to protect these cables from fire.”

Cuomo noted that this type of construction hasn’t been done before in the United States and that fact brought out a plethora of criticism from people such as Manhattan Borough President Gale Brewer. She remained skeptical of the governor’s surprise plan, but she said if the process is feasible, she’s OK with it.

“The governor has put forward a plan that would maintain weekday L train service with partial disruption on nights and weekends,” said Brewer. “Like many of my colleagues, I want to know how we got this far in a yearslong planning process for the shutdown without this new option coming up, but if the engineering is sound, then we should take yes for an answer and avoid a full shutdown.”

The MTA expects to begin tunnel repairs as promised April 27. But the agency has to renegotiate its $500 million contract with Judlau and TC Electric, who were picked to repair the tunnel. Then the MTA has to approve the revised deal and ending the 15-month shutdown. MTA officials have said that they’re discussing details of the new proposal with the Federal Transit Administration.

The entire situation has left Community Service Society President and Chief Executive Officer and MTA Board Member David Jones a little uneasy. He told the AmNews, “The problem we have as board members is that we’re not told of this plan until after the fact,” said Jones. “We were asked for an emergency session to vote up or down without having an independent understanding of a couple of things. And for three years we didn’t put out a plan that has these new ideas. I’m running a corporation, and I don’t like everything my staff came up with.”

Jones continued, “I think what the board needs to evaluate is if this is a long-term fix or is this a patch that will have to be dealt with in three to five years because it’s not sustainable.”

John Raskin, executive director of the Riders Alliance, kept a proverbial eyebrow raised at the recent news and thought that presenting a new plan to the unsuspecting public left much to be desired.

“We need a full public release of the details of Governor Cuomo’s idea, as well as the plans that will allow hundreds of thousands of L train riders to get around during the inevitable shutdowns and slowdowns in service,” said Raskin. “Actual transit professionals, who owe nothing to the governor or the MTA, should evaluate whether this is sound engineering or a political stunt that will ultimately leave riders in the lurch.”

Eleven months ago, a Bus Rapid Transit Planning International report, commissioned by Transportation Alternatives, concluded that the MTA and City Hall’s contingency plan for the L-train shutdown didn’t suffice. The New York City Department of Transportation’s and the Metropolitan Transit Authority’s plan for the L train shutdown would close the Canarsie tunnel under the East River for infrastructure repairs because of damage from Superstorm Sandy flooding. Repairs were set to begin April 19 and last 15 months.

Another part of the initial plan involved the city and the DOT converting 14th Street into a busway and protecting bike lanes that would be added to 13th Street to accommodate cyclists who use the Williamsburg Bridge. The converted busway would only allow room for private cars.

In Brooklyn, the city and the DOT recommended three-person HOV restrictions on the Williamsburg Bridge during peak hours and adding new bike lanes and ferry rides between the G, J, Z and M train lines.

Top officials at the MTA have launched their own study of Cuomo’s quick-fix plan to vet it completely before giving it the OK, letting Cuomo know that his approval won’t be the final stamp on the plan.

New York City Council Member Jumaane Williams said the governor shouldn’t spike the ball in the end zone so early, considering the recent rushing of the opening of the Mario Cuomo Bridge and the safety concerns that followed.

“It seems that despite the governor’s long claims of powerlessness when it comes to the MTA, those powers can be restored by an opportunity for a photo op or a political point,” stated Williams. “This is and has always been Cuomo’s MTA, and he owns its many failures. His ‘dodge the blame, take the credit’ strategy follows a usual pattern of behavior.”

Cuomo told the New York Daily News editorial board that he wants to “blow up the MTA” and said he only has authority when “no one else wants it.”

For his money, New York City Mayor Bill de Blasio was quick to hand over the MTA reins to Cuomo during an interview on “The Brian Lehrer Show” on WNYC.

When it is all said and done, the MTA’s customers, the citizens of New York City, will be the judge of the success of any plan that is implemented. Raskin of the Riders Alliance said that straphangers won’t care about the length of time it takes to get done as long as it gets done.

“At the end of the day, what riders care about is whether the L train is repaired for the long term, and how much disruption it will take to get there,” said Raskin. “The governor’s plan may or may not work, but you’ll pardon transit riders for being skeptical that a last-minute Hail Mary idea cooked up over Christmas is better than what the MTA came up with over three years of extensive public input.”

Raskin concluded, “The governor raised many new questions, but he again settled an old one: It’s certainly #CuomosMTA, and the fate of millions of angry transit riders is in his hands, not just on the L train but on every failing subway line citywide.”