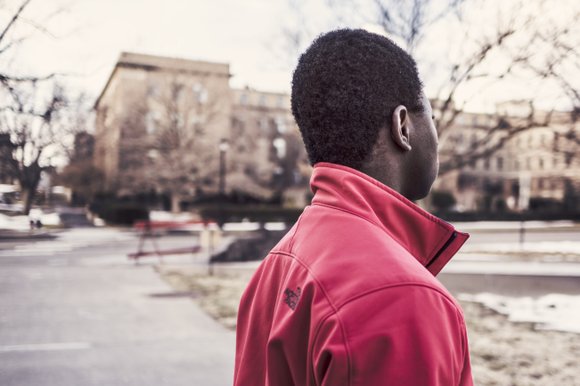 The year 2019 is important to African-American men because the opportunities are boundless and amazing. If you can conceive it, you can achieve it. The only barrier holding Black men back is preparation, knowledge and education. The challenge for Black men is Black manhood.

There are many different definitions of manhood, but to be Black and a man is unique and in a special position in the United States and the world. Black men come in different sizes, shapes, skill sets, mindsets, ideas, thoughts, visions and beliefs. Our diversity is our gift to the globe, and we will be first, not last.

The power and fear of the Black man will no longer be curtailed or controlled by racism. Racial bias is being fought in the courts, businesses, sports and entertainment in America and around the world. When Black men start loving each other and working together, communities will change, and they will take leadership roles in families, America and the world.

There are Black role models in the communities, and the Black media has a responsibility to tell positive and powerful stories of Black men and women who are making a positive difference every day. January is National Mentoring month, and the emphasis for Black men is to bring attention on the need for mentors to help Black boys narrow the achievement gap in the country.

The fundamental problem for Black boys raised in America is that 70 percent of Black families are run by a single parent, a woman. African-Americans make up approximately 35 percent of all children raised in the bottom 1 percent of income level and distribution. From the very beginning of life, Black males start with a financial disadvantage, and one out of every three end up in prison.

The system is set up for Black males to fail, and it is extremely difficult to climb from the bottom to the top. “It’s not just being Black, but being male that has been hyper-stereotyped in this negative way, in which we’ve made Black men scary, intimidating, with a propensity toward violence,” said Noelle Hurd, a psychology professor at the University of Virginia.

In 2019, there is a call to action for all Black men to be fathers to all Black boys in the communities. “Black boys and young adults who face an opportunity gap but have a mentor are 55 percent more likely to be enrolled in college than those who did not have a mentor. In addition, mentees are 46 percent less likely than their peers to start using illegal drugs and 27 percent less likely to start drinking,” said Dr. Brian Agard of the Minority Achievement Office and My Brother’s Keeper lead, Orange County Public Schools in Orlando, Fla.

Black men can no longer wait for the system and the schools to educate Black boys. They must be engaged and involved from the very beginning. Dr. Agard’s goal in the Orange County Public Schools is to recruit 1,000 mentors in 2019, and there are other organizations and fraternities that have afterschool mentoring programs in Orlando and central Florida.

The only way Black boys will learn to be Black men is to be taught by Black men.

The ultimate goal for Black boys to become Black men is through months and years of studying the rites of passage. The ultimate goal of the rites of passage is to develop greater leadership roles for the youth and the younger Black boys in the Black communities. By teaching Black boys critical thinking and to understand themselves and the world around them, we give them the tools to determine what it means to be a man and a leader.

Through an intensive process of self-reflection, community and global analysis and understanding their individual beliefs and goals, Black boys will become men. As older young brothers have completed the rites of passage, they will help recruit younger Black boys, and instead of Black boys/men killing each other, they will start working to improve their community and spread love.