How will you celebrate MLK Day? 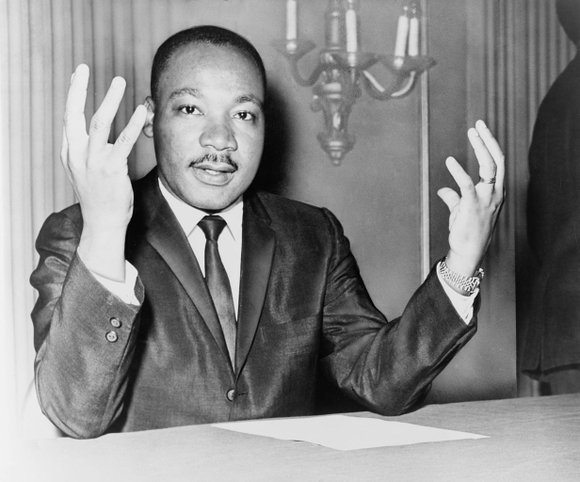 How will you celebrate Martin Luther King Jr. Day this year? Lately Dr. King’s birthday has been marketed as a “day on not a day off.” That is, we should use the celebration of Dr. King as a time to do good acts for others and step outside of ourselves and be of service to others. This bold concept truly challenges us to think of the hard work and dedication of Dr. King (and many others) in their efforts to create a more just and equitable country and world. So, I challenge all of us to spend this Martin Luther King Jr. Day as an opportunity to do something for others, either in our own families, in our larger community or even globally.

Many Americans celebrate Dr. King for his efforts at nonviolence and civil disobedience as a means to bring about racial and social justice in America and abroad. Others know Dr. King for his efforts at organizing bus boycotts and organizing the U.S. South to bring about a new way of thinking about equality, dignity and economic security. The work of Dr. King was visionary and bold, and it laid the groundwork for many of the progressive social movements we see in our society today.

I recently reread Dr. King’s “Letter from a Birmingham Jail” and was further reminded that the man most often celebrated as one of the best orators of the 20th century was also one of the most profound thinkers and writers this country has ever produced. As we are faced with a current situation in which our president and his willing band of followers and Republican electeds support his desire to rip this country apart at its seams, I am reminded of Dr. King’s wise words from April 16, 1963, wherein he states, “Injustice anywhere is a threat to justice everywhere. We are caught in an inescapable network of mutuality, tied in a single garment of destiny. Whatever affects one directly, affects all indirectly.”

Our destinies as Americans and humans sharing this Earth are intricately connected and we must not ever forget that. Injustices toward undocumented immigrants at our border should agitate and motivate us as much as innocent children being senselessly killed by law enforcement or prescription drugs. Similarly, we should care about the current brutality inflicted on Syrians, Congolese and Ukrainians across the ocean—to name just three populations currently dealing with atrocities beyond their control.

So, as we celebrate another Martin Luther King Jr. holiday, let us be inspired by a man who began a global movement. Let us work to make our society a safer and more equitable place. That can take many forms. We all have talent, a purpose and message to share. Let us be inspired to use Jan. 21 as a day to begin a journey toward equality, racial justice and a better country.