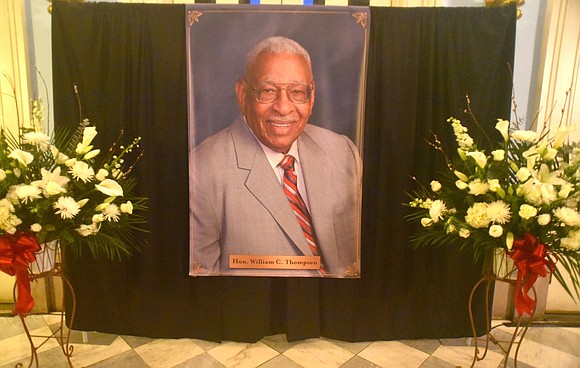 Thompson is survived by his son Bill, his daughter Gail and countless other loving family members and friends. A graduate of Brooklyn College and Brooklyn Law School, he served as a sergeant in World War II with the “Buffalo Soldiers” of the Army’s 92nd Infantry Division. He was first elected to the New York State Senate in 1965, and as chair of the Joint Legislative Committee on Child Care Needs, he sponsored more than 25 bills that were signed into law. After serving on the New York City Council from 1969 to 1973, he was first elected a justice of the New York State Supreme Court in 1974. In 1980, Gov. Hugh L. Carey designated Thompson as associate justice of the Appellate Division, 2nd Department, where for two decades he analyzed more than 24,000 cases. He retired from the bench in 2001 and, because of his love of the law, returned to private practice until his passing. Thompson was co-chair of Blacks and Jews in Conversation, co-chair of the Committee to Promote Public Trust and Confidence in the Legal System and treasurer of JALBCA. Along with the late Robert F. Kennedy Jr., he co-founded the Bedford Stuyvesant Restoration Corporation, in addition to serving as its director. Thompson was also an original director of Bedford Stuyvesant Youth-In-Action, regional director of the NAACP and president of the Brooklyn Law School Alumni Association, as well as a member of the American Bar Association, Brooklyn Bar Association, Judicial Friends Association, New York State Commission on Judicial Conduct and the Torah Club.