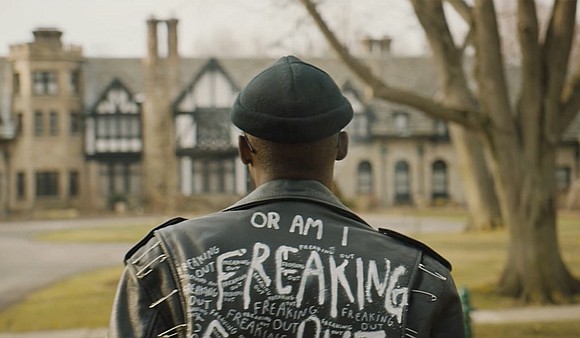 Here are our choices for the 2019 Sundance Film Festival.


“Always in Season”—When 17-year-old Lennon Lacy is found hanging from a swing set in rural North Carolina in 2014, his mother’s search for justice and reconciliation begins as the trauma of more than a century of lynching African-Americans bleeds into the present.

“The Last Black Man in San Francisco”— Jimmie Fails dreams of reclaiming the Victorian home his grandfather built in the heart of San Francisco. Joined on his quest by his best friend Mont, Jimmie searches for belonging in a rapidly changing city that seems to have left them behind. Cast: Jimmie Fails, Jonathan Majors, Rob Morgan, Tichina Arnold and Danny Glover.

“Selah and the Spades”—Five factions run the underground life of the prestigious Haldwell boarding school. At the head of the most powerful faction—the Spades—sits Selah Summers. By turns charming and callous, she chooses who to keep close and who to cut loose, walking the fine line between being feared and loved.

“The Last Tree”—Femi is a British boy of Nigerian heritage who, after a happy childhood in rural Lincolnshire, moves to inner London to live with his mom. Struggling with the unfamiliar culture and values of his new environment, teenage Femi has to figure out which path to adulthood he wants to take. Cast: Sam Adewunmi, Gbemisola Ikumelo and Tai Golding.

“The Boy Who Harnessed the Wind”—Against all the odds, a 13-year-old boy in Malawi invents an unconventional way to save his family and village from famine. Based on the true story of William Kamkwamba. Cast: Chiwetel Ejiofor, Maxwell Simba, Lily Banda, Noma Dumezweni, Aissa Maiga and Joseph Marcell. Director and screenwriter: Chiwetel Ejiofor.

“Toni Morrison: The Pieces I Am”—This artful and intimate meditation on the legendary storyteller examines her life, her works and the powerful themes she has confronted throughout her literary career. Toni Morrison leads an assembly of her peers, critics and colleagues on an exploration of race, history, America and the human condition. U.S.A. Director: Timothy Greenfield-Sanders. Producers: Timothy Greenfield-Sanders, Johanna Giebelhaus, Chad Thompson and Tommy Walker. World premiere

“Wu-Tang Clan: Of Mics and Men”—The cultural history of Wu-Tang Clan, artists who escape the poverty, violence and oppression of their neighborhoods through music. They encounter wild success and heartbreak along the way to becoming the most recognized musical movement in the world—all while walking the tightrope that links business with brotherhood. Cast: All members of the Wu-Tang Clan.

“Ashe ’68”—Fifty years before Colin Kaepernick there was Arthur Ashe. This VR experience immerses you in the tennis champion’s defining moment in 1968 as he becomes the first Black man to win the U.S. Open and uses his newfound celebrity to lift his voice against injustice.