With Dinwiddie out, it’s next man up off Brooklyn’s dwindling bench 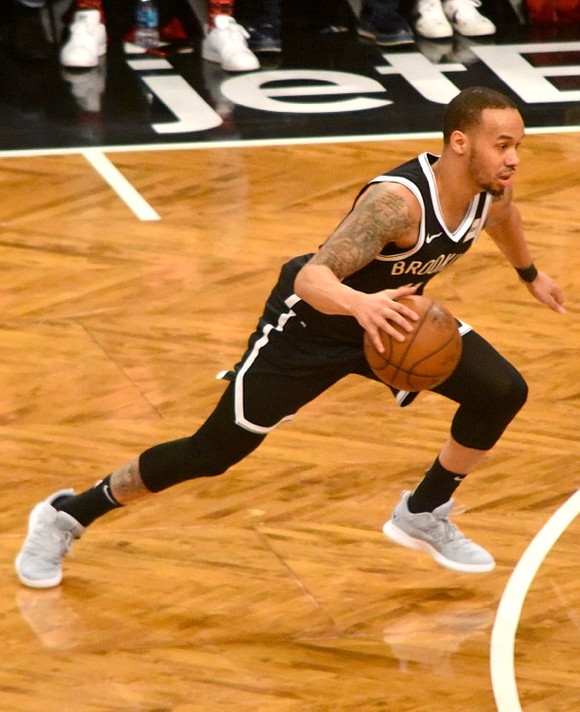 Despite their latest player injury—which, this time, is to sixth man Spencer Dinwiddie, who successfully underwent surgery Monday to repair torn ligaments in his right thumb—the Brooklyn Nets are a surprising six-seed in the Eastern Conference. They’re four games over .500. They’ve won eight of their last 10 games, nine straight home wins. They’re 28-24 now, at the end of January. It took Brooklyn the entire season last year to win 28 games (54 losses). It came on their second to last game, the 81st in April 2018.

“I didn’t know that. I think that says we’re ahead of schedule,” said Kenny Atkinson, Brooklyn’s head coach, happy about where the team is right now.

“Happy for our guys. Happy for our organization. I think it’s a good accomplishment so far. We obviously want more.”

Although this, team is a pretty different team from what they had last year, Brooklyn has made some significant strides as an organization.

Rookie small forward Rodions Kurucs and sophomore center Jarrett Allen, added this week to the Rising Stars team during All-Star Weekend next month (February), are also in that conversation. And not to be overlooked, has been the play of guard Shabazz Napier, the two-time NCAA champion from the University of Connecticut.

“It’s always tough when you lose some of your guys,” noted Napier who’s U Conn team won their championships in 2011 and 2018. “I think everybody understands that somebody can come contribute. It may not be one person. It may be three people that can contribute to what Spencer’s been doing.”

Drafted 24th in 2014 by the Charlotte Hornets and traded to the Miami Heat on draft night, Napier has played with the Sioux Falls Skyforce, an NBA development league team, the Orlando Magic and, most recently, the Portland Trailblazers before joining Brooklyn in the offseason.