Islamophobia is still alive and well in America 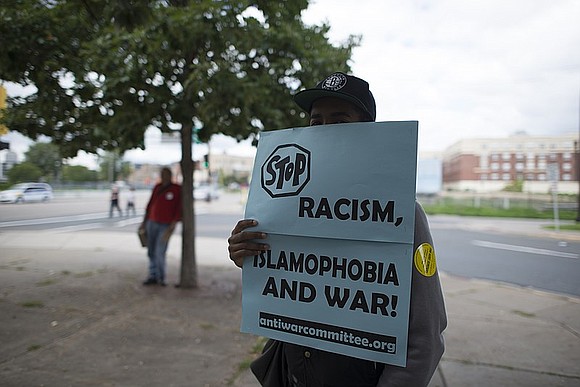 A few weeks ago, I had the pleasure of meeting Dr. Debbie Almontaser, who is a leading scholar on education and Islam. Her research made me think about the ways this president and his administration continue to divide our nation by suggesting that our Muslim brothers and sisters do not belong in this country. The two-year anniversary of the Muslim travel ban occurred Jan. 27, and it still seems hard to fathom that one of the first initiatives of the Trump presidency in 2017 was to issue Executive Order 13769. The order was more formally titled “Protecting the Nation from Foreign Terrorist Entry into the United States,” and is often referred to as the Muslim ban or the travel ban.

As we recognize the effects of the two-year anniversary of the Muslim travel ban, Almontaser has concluded that Islamophobia is the only reason the ban was enacted and remains in place. In her upcoming book, “Leading While Muslim: The Experiences of American Muslim Principals After 9/11,” Almontaser shares stories of post-9/11 Islamophobia and its impact on American Muslim leaders as seen through the lens of Muslim public-school principals.

Almontaser argued, “The experiences of these principals are shared by Muslim American leaders in the business sector as well. America was built and flourished with the entrepreneurial spirit of immigrants and that spirit is threatened under the current administration. We cannot allow Islamophobia and a fear of immigrants to stagnate our economy and to squash new ideas from growing in business, education and government.”

Her words are poignant and a reminder that we must continue to fight the injustices of this administration on all fronts. We must stand in solidarity as the rights, livelihood and future prospects of immigrants, Muslims, Mexicans, Blacks, the LGBTQ community and so many others are threatened by this president and his nationalistic and white supremacist agenda. To paraphrase Tallahassee Mayor Andrew Gillum, “I’m not saying the president is a racist. I am just saying that the racists believe he is a racist!”

Let us remember that the Islamophobia so many young children and working adults face every day is unacceptable, and we must stand together to end it.