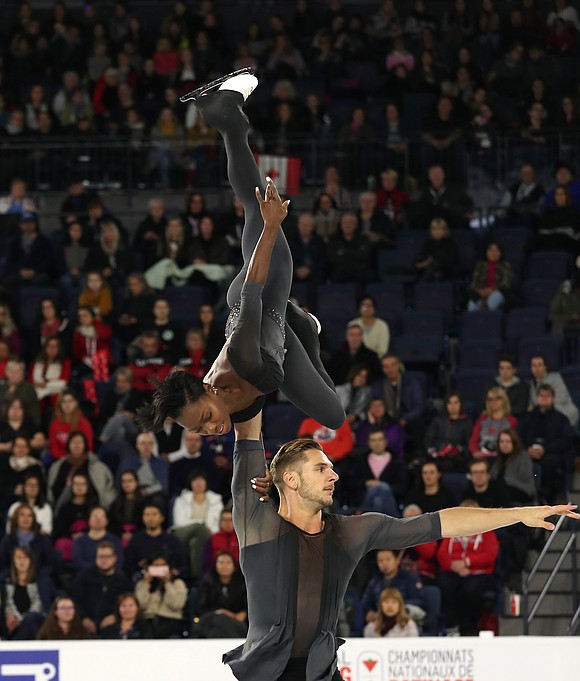 French pair skaters Vanessa James and Morgan Ciprès won gold at the 2019 European Figure Skating Championships Jan. 24. It was their eighth appearance at Europeans, with their best previous finish being the bronze medal in 2017. They are only the second French pair to win the title, the last win coming in 1932.

It was the first time James, 31, and Ciprès, 27, entered the competition as the favorites, after having won two Grand Prix events and the Grand Prix Final last fall. “We had never won the European title, so we were not defending a title,” said James. “Last year, we didn’t even make the podium. We were just trying to stay focused and not put too much pressure on ourselves.”

In 2018, the pair had won the short program portion at the European Championships, but faltered in the free skate, dropping to fourth. This year, they delivered a near-flawless free skate. James said she and Ciprès take each defeat as a learning lesson, and experience has built their mental and physical strength.

“We had to stay very Zen and we believed in each other and ourselves,” James said. When they saw their names atop the leader board, Ciprès was overcome with emotion.

“It’s coming about at a later age for us, but we’re more able to appreciate it,” she added. “We know that we’ve put in the work and made the sacrifices. We know the lows that we’ve had so we can appreciate the highs even more. It wasn’t an easy path for us.”

“It means a lot to me, and I hope this encourages others,” said James. “Surya and Robin are great examples for young Black skaters and other minorities. I knew of Surya when I was growing up. She was the only example I had who was similar to me. Now, there are a few of us.”

She continued, “Since Morgan and I have such modern programs and music, I feel we’re bringing people to the sport. Hopefully, this will be a turning point for little girls and boys to want to skate and know they can accomplish it because they see someone similar to them doing it.”