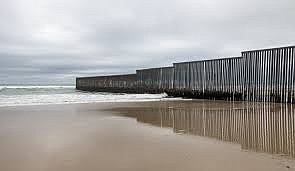 Donald Trump is lying again—bigly—and the American people, especially more than 800,000 federal workers, contractors and their families, paid the price.

The fact is that nowhere in hell can $5 billion build a mile of wall, much less an entire wall, on the U.S. southern border. But it keeps his base of the unlearned and bigoted in his camp, and so he keeps on playing the same tune they love to hear—of how the Brown and Black foreign devils are invading the country; how they are up to no good except to rape, kill, take away jobs and get their children hooked on those very bad drugs; and, oh, let’s not forget the dog whistle in all this nonsense, darken the gene pool and decrease white power.

Trump and company know $5 billion for a “wall” is a lie, but they tell it anyway, over and over and over again, while tens of thousands worry how they are going to pay their rent or mortgages and other bills and get food, gas and medicine to survive.

The truth is they do not care because they cannot relate to living pay check to pay check. They are multimillionaires and billionaires after all, and the lie makes them look tough and keeps the “base” in check.

But $5 billion cannot build a wall and it’s an absolute heinous reason to shut down the government. Here’s why:

So, unless Trump can turn $5 billion into $500 billion, I doubt he can build his wall.