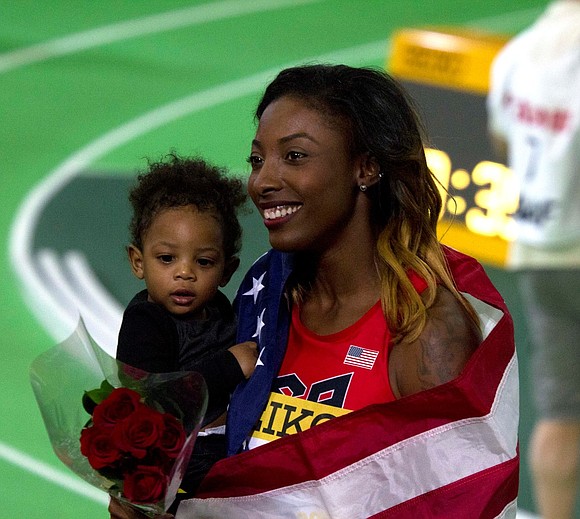 The venerable Millrose Games, the most prestigious annual indoor track and field meet in the world, will host some of the sport’s premiere athletes as well as up-and-coming elite performers at The New Balance Track and Field Center at The Armory in Washington Heights Feb. 9.

It will be the 112th presentation of the Millrose Games, making it the longest held event of its kind. Among those set to compete is sprinter Tori Bowie in the 60-meter dash. Bowie was a silver medalist in the 100-meters at the 2016 Rio Olympics and is the defending 100-meter world champion. The native of Sand Hill, Miss., and former University of Southern Mississippi standout, helped guide the United States’ women’s 4x100-meter relay team to gold at both the Rio Olympics and 2012 London Olympics. She took second at last year’s Millrose in the 60.

In the women’s 60-meter hurdles, Nia Ali and Queen Harrison will headline the race. Both are local products as Harrison was born in Loch Sheldrake, N.Y., in Sullivan County and Ali was raised in Pleasantville, N.J. She was the silver medalist in the 100-meter hurdles at the Rio Games.

On the men’s side, the Wannamaker Mile might be the day’s most anticipated event. It will feature Nick Willis, Clayton Murphy and Edward Cheserek. Willis, from New Zealand, won the silver medal in the 1500-meters at the 2008 Olympics in Beijing, China and bronze in the 1500 in Rio. Murphy, from Greenville, Ohio, took bronze in the 800-meters in Rio. Cheserek, a Kenyan who attended the University of Oregon, is a 17-time NCAA champion.