Connecticut returns to the Big East 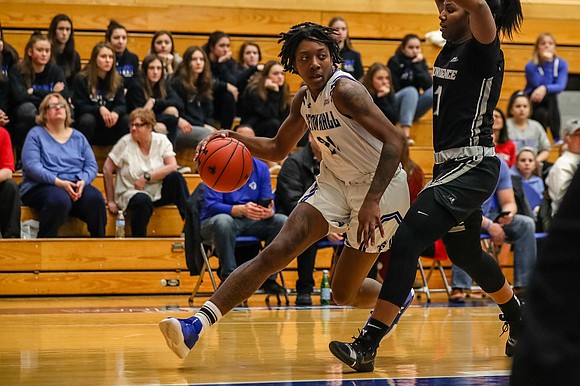 It was announced last week that the University of Connecticut, which left the Big East conference in 2013 in the wake of football-driven conference realignments, will be returning in the near future (most likely the 2020-21 school year). While UConn plays Football Bowl Subdivision, it is best known for its basketball programs. Returning to the Big East enables Huskies basketball to significantly reduce travel time and play against other top programs.

UConn women hold every record there is in Division I women’s basketball—from most consecutive wins (111) to most NCAA titles (11). The men’s program has four National Championships.

“Things have gone very well for us with our 10-school lineup these past six years…but the opportunity to add a member who is a national basketball brand, that’s in our geographic footprint, who has an outstanding fan base with proven support of our biggest annual event, and who brings the added bonus of having a deeply etched, shared history with us, intense rivalries with many of our schools…we simply couldn’t pass up,” said Big East Commissioner Val Ackerman.

Seton Hall University head coach Anthony Bozzella said UConn’s return to the Big East will reignite long-time rivalries and generate excitement and media attention. He anticipates Geno Auriemma will be a great ambassador for the conference. For the Big East coaches, it brings new possibilities.

“It opens up a huge recruiting area of kids that want to go and play against the best,” Bozzella said. “We’ll be able to challenge our kids…and hold them to a standard of UConn. If you don’t compete and practice at this standard, you’re not going to be able to be competitive.”

He concluded, “It’s exciting and will make everyone step up their game. The players are thrilled.”

St. John’s University has a great rivalry with UConn, having snapped the Huskies’ 99-game home court winning streak in 2012. Bringing a team to the Big East that has been the benchmark for women’s basketball creates intensity, and playing at Gampel Pavilion is electric.

“It gives us another strength as a conference as a whole because of what they’ll bring from an RPI [rating percentage index] standpoint,” said St. John’s coach Joe Tartamella. “Although it’s not easy, I think everybody wants to take on the challenge.”

He added, “We’ve played them very well historically. To have them in our conference is exciting for all the coaches…We’ll be able to show our brand of basketball.”