Despite the adversity, the Mets look back, celebrate their history 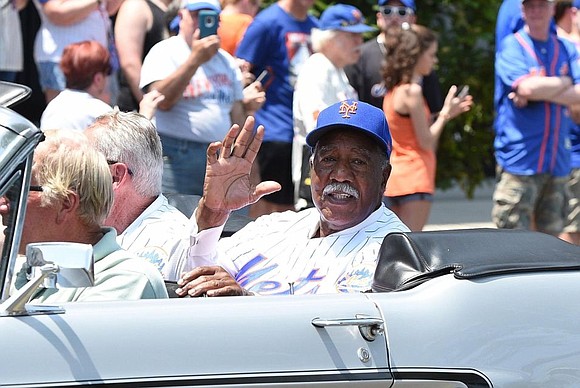 The New York Mets celebrated the 50th anniversary of winning the team’s first World Series for the franchise this past weekend at Citifield. Former players from that team and family members representing those who’ve passed away, gathered, commemorating the Mets’ five game post season win against the Baltimore Orioles in 1969, seven years after their inaugural Major League Baseball season in 1962.

Nicknamed “the Amazing Mets” and “the Miracle Mets,” their sobriquet, the ’69 team won 100 games that season and beat out a 109 win Orioles team favored to win with three future Hall of Fame players on their roster.

The Mets had two: Hall of Fame pitchers Tom Seaver and Nolan Ryan.

Seaver is considered the greatest Met player in their franchise history. The front of Citifield, their address, where they play in Queens, was renamed 41 Seaver Way last week. 41 was Seaver’s number as a Met player. Living in Calistoga, California, Seaver couldn’t attend the festivities due to dementia, diagnosed earlier this year.

Describing the Mets’ initial losing seasons and the team’s players, Shamsky noted, “These guys lived through the loveable loser years, and we were all on a pretty bad team the year before.”

Winning it all in ’69 made it that much more special for Shamsky. “The beauty of it is, everybody contributed to our success, and I think that’s one of the legacies of that team.”

“First man on the moon. Woodstock changed the course of this country’s history. So many things happened,” said Mayor Bill de Blasio participating in the presentation. “But the thing I remember so clearly is when a team from Queens not only won the heart of a city, but they won the heart of America.”

“When you look back at that year, it was a roster win. Not one person, not two. A whole roster committed to winning, and able to pull it off,” said Jones, the Mets left fielder.

“You’re hopeful everyone can share in it, but it’s been 50 years and we understand. All of us have to go at some point in time.” Jones solemnly acknowledged Tommie Agee, Don Clendenon, Ed Charles, Cal Koonce, Don Cardwell, his teammates no longer with us. Agee, who died in 2001, was his childhood friend in Mobile, Alabama.

“He was the right shoe, I was the left shoe,” is how he described their friendship.

1969 was the best season of Jones’ 13 year career. He batted .340 that season, finishing third in the National League behind Hall of Famers Pete Rose .348, and Roberto Clemente’s .345. Jones had a .904 on base-slugging percentage and made his only All-Star team appearance.

“It’s great to see all your teammates, all the guys who are here having a good time,” said Kranepool the former first baseman. “The stories get longer. The lies get better.”