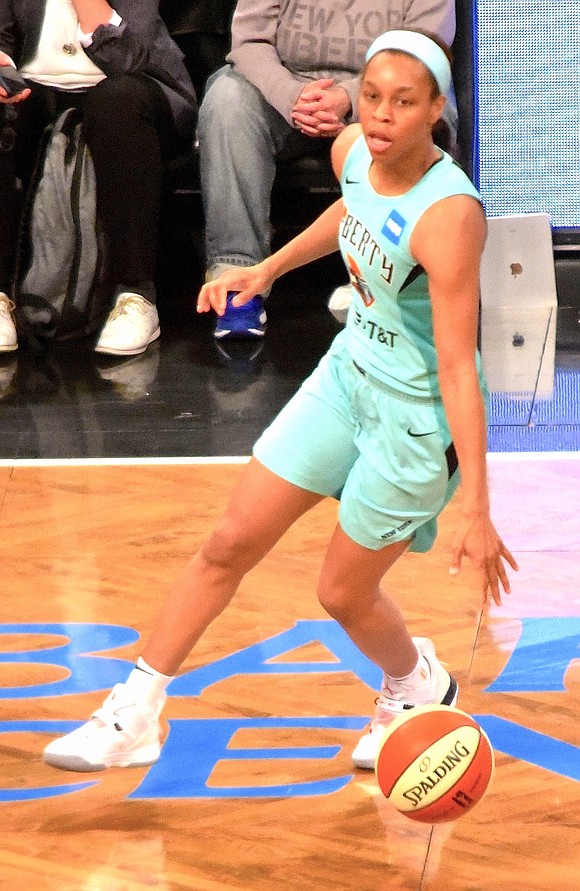 The New York Liberty had a lot to celebrate as they pulled out a 69–68 win over the Dallas Wings last Friday night. Rookie Asia Durr found her professional groove, contributing 14 points. Kia Nurse continued her stellar sophomore season with 17 points, six rebounds and four assists; Tina Charles had 15 points and nine rebounds; and Reshanda Gray continued to prove her pro mettle with a double-double, 13 points and 11 rebounds.

“I thought Asia’s defense tonight was the best she has done all year,” said coach Katie Smith after the win. “She did a nice job tonight keeping an eye on the ball. She showed she was tired of getting scored on.”

Nurse lavished praise on Gray’s valuable contributions to the team. “Gray is an absolute spark plug in everything that she does, whether it be offensive rebounding, defensive rebounding and just making energy plays that change the momentum of the game,” said Nurse. “When you play with someone like that who’s excited to do that, who gets excited for her teammates the way she does, that’s something really fun to play with and I feel privileged to be a part of that.”

The Liberty traveled to Atlanta for a Sunday afternoon game with the Atlanta Dream and came away with another win, 74–58. Despite being without Amanda Zahui B, who is fulfilling an overseas commitment, the Liberty came on strong as all eight players who had minutes, scored. Durr was again in double figures with 11 points, Gray had 15 rebounds and Tina Charles had a huge game with 24 points, eight rebounds, three blocked shots and four steals.

Durr, who grew up in Georgia, was happy to play close to home. “It felt good playing in front of my friends and family, seeing everybody that I haven’t seen in a while and getting a team win,” said Durr.

Smith said the way the Liberty played at the start of the game was a big factor in the win. “We knocked down some shots and got ourselves a little cushion,” Smith said. “In the third quarter, even though they came at us and hit some three-balls, we ended up only being down three. In the fourth quarter, I thought we really imposed our will and locked in. Our defense tightened and we were able to finish up with some scores.”

The Liberty is back on home court at Westchester County Center on Sunday versus the Las Vegas Aces.