‘Made In Harlem’ given the Greenlight in BK 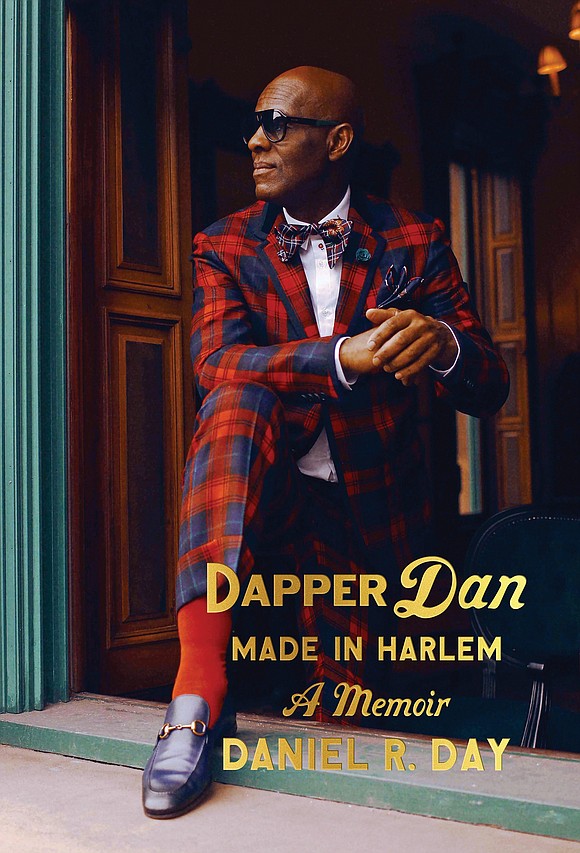 Harlem’s Dapper Dan is dropping his highly anticipated memoir, “Dapper Dan: Made in Harlem,” next week in Brooklyn and moderating the conversation is Project Runway judge and former TEEN VOGUE editor Elaine Welteroth.

The “Dapper Dan: Made in Harlem” panel discussion is part of Unbound, a book launch series with BAM and Greenlight Bookstore. The book is a candid chronicle of the Harlem designer’s life, spanning more than 70 years and set against the backdrop of an ever-evolving America. Joined by former TEEN VOGUE editor-in-chief and “Project Runway” judge Elaine Welteroth, the legendary designer will discuss his highly anticipated memoir and the larger cultural and historical context of the book, Wednesday, July 10, at the Brooklyn Academy of Music.

With his now-legendary store on 125th Street in Harlem, Dapper Dan pioneered high-end streetwear in the 1980s, remixing classic luxury-brand logos into his own innovative, glamorous designs. The self-taught tailor dressed cultural icons including Eric B. and Rakim, Salt-N-Pepa, Big Daddy Kane, Mike Tyson, Alpo Martinez, LL Cool J, Jam Master Jay, Diddy, Naomi Campbell and Jay-Z. But before he reinvented haute couture, he was a hungry boy with holes in his shoes, a teen who daringly gambled drug dealers out of their money, and a young man in a prison cell who found nourishment in books. Today Dapper Dan has emerged as a world-famous designer who broke racial and economic barriers to outfit some of the biggest names in music, sports and culture, in looks that went on to define an era.

“Dapper Dan: Made in Harlem” is both a testament to the legendary designer’s creativity and industry-changing hustle, as well as a historical record of Harlem’s evolution from the perspective of the man who was on the ground floor for it all.

Dapper Dan, born Daniel Day, has had his work displayed at the Smithsonian Institution, Museum at FIT, Metropolitan Museum of Art, Museum of Modern Art, Museum of the City of New York, and London’s Design Museum. His eponymous boutique was open from 1982 to 1992 and reopened in 2017 in a major partnership with Gucci, for which he also served as the face of their fall campaign.

Elaine Welteroth is an award-winning journalist, author, and judge on the new “Project Runway.” She is the former editor-in-chief of TEEN VOGUE where she in 2017 became the youngest person ever appointed editor-in-chief and in 2012 had been the first African-American ever to hold the post of beauty and health director at a Condé Nast publication. Prior to TEEN VOGUE, she was the senior beauty editor at GLAMOUR and the beauty and style editor at EBONY. She’s now a leading expert and advocate for the next generation of change-makers. She has written for the hit show “Grown-ish” and has appeared on-camera for a range of media outlets including ABC News and Netflix. Welteroth recently released her first book, “More Than Enough.”

Launch of “Dapper Dan: Made in Harlem”

Co-presented by BAM and Greenlight Bookstore