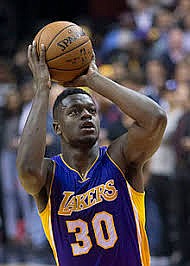 Within a span of three hours this past Sunday night, June 30, the NBA’s free-agent period, which officially began at 6 p.m., surpassed the regular season and playoffs in providing ardent followers of the league drama, intrigue and anxiety. When this paper went to press the drama was still unfolding as Kawhi Leonard, the most sought after free-agent this summer, had yet to announce his decision.

In the days leading up to Sunday, multiple reports had Bronx native and All-NBA Third Team performer Kemba Walker parting ways with the Charlotte Hornets and signing with the Boston Celtics and Kyrie Irving, who was All-NBA Second Team this season, leaving the Celtics to join the Brooklyn Nets. So it wasn’t surprising when both players confirmed their new destinations.

Conversely, the basketball world shook when ESPN reporter Adrian Wojnarowski tweeted shortly before 6 p.m. that Kevin Durant would be forming a long-rumored partnership with Irving and also become a Net. With the Golden State Warriors, Los Angeles Clippers and Knicks seemingly in play for Durant, no one beyond his tight inner-circle knew where the 30-year-old, two-time NBA Finals MVP would land.

It left Knicks fans stunned, angered and disappointed, and tilted the balance of power in the Eastern Conference toward the borough of Brooklyn, even if Durant is likely to miss all of next season recovering from a ruptured right Achilles sustained last month in Game 5 of the Finals. With Warriors guard Klay Thompson also facing being out the entirety of the 2019-20 season after tearing the ACL in his left knee in Game 6 three days later, the team engineered the second shocker of the day by announcing they were acquiring All-Star guard D’Angelo Russell in a sign-and-trade deal with the Nets.

Russell had been linked to the Los Angeles Lakers, the franchise that originally drafted him No. 2 overall in 2015 to possibly team up with LeBron James and Anthony Davis, but the Warriors, in desperate need of a talent infusion with the departure of Durant and injury to Thompson, stealthily made a much needed move.

Less high profile signings–players can officially sign contracts this Saturday–but still significant are Khris Middleton and Brook Lopez staying with the Milwaukee Bucks. Al Horford bolting from the Celtics and joining forces with Joel Embiid on the Philadelphia 76ers. And former Knick Enes Kanter, who was a major contributor for the Portland Trailblazers during this past postseason, heading to the Celtics to help fill the void left by Horford.