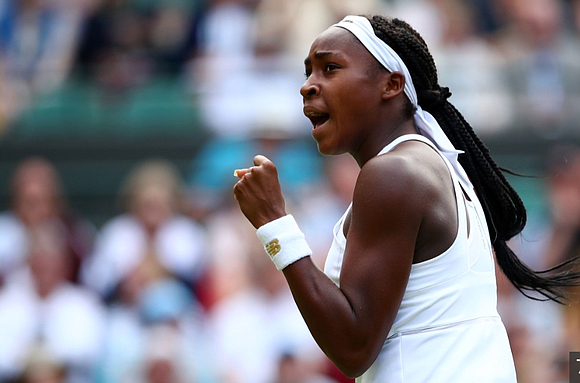 Tennis great Venus Williams will now have more time to practice and focus on next month’s U.S. Open here in New York City after being defeated at Wimbledon July 1 by 15-year-old upstart prodigy, Cori Gauff.

It was the second time since Williams’ 1997 Wimbledon debut that she was beaten in the first round of the tournament.

After Williams congratulated her, Gauff said that she told Williams, “I wouldn’t be here if it wasn’t for her,” a sentiment that she always wanted to share with Williams, but was always afraid to.

Gauff is the youngest player to win a singles match at Wimbledon since Jennifer Capriati did it in 1991.

“I don’t really know how to feel,” said Gauff, who admittedly cried for the first time ever after winning a match, and said she was unable to express or explain her feelings.

“I had to tell myself to stay calm. I’d never played on a court so big.”

Sloane Stephens, Madison Keys and Williams’ younger sister, Serena, are also scheduled to play Wimbledon matches this week. If both Gauff and Keys advance, win in the second round, they’ll face each other in a third round match.

Naomi Osaka, the 2018 U.S. Open champion, seeded No. 2, was also scheduled to play, but, like Williams, she was defeated Monday.

Last year, Gauff won the junior French Open at 14 and reached the quarterfinals of Wimbledon Junior. This year at 15, she became the youngest woman to win a grand slam qualifying match in the French Open.

Gauff began playing tennis at the age of seven, growing up in Atlanta. She was trained by her father, a former Georgia State University basketball player, and at times by Serena Williams’ coach Patrick Mouratoglou.

She is home-schooled by her mother, a former college track and field athlete at Florida State University, and a former teacher. The family eventually moved to Florida to improve Gauff’s opportunities to play professional tennis.