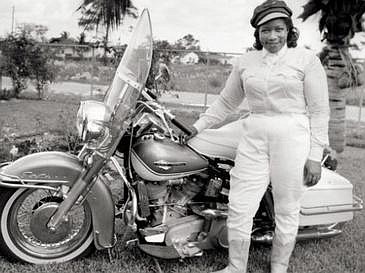 A few of Bessie’s remarkable stories have been passed on by her biographer, Ann Ferrar. She, perhaps, wanted to keep Bessie’s legacy alive. Stewart said that when Ferrar was recently asked about these untruths, she wrote in an email, “Bessie’s running from her early past does not discount or in any way lessen her unusual achievements as an adult, and that is why Bessie continues to inspire new generations, and rightfully so. She asked me to tell her truth as her friend.”

In her book on Bessie, Ferrar said she combined two literary forms, “biography and memoir…delving into Bessie’s life. The biography/memoir is borne of my personal relationship with Bessie and my primary research and documentation of Bessie’s life, which are proprietary to this author. I also interviewed and spent time with some of Bessie’s closest contemporaries from the past, including those who are no longer among us. In documenting the memories of Bessie and those peers while they were still able to share, and in exploring other hidden areas known only to Bessie and me at this point, I am writing a book that cannot be written or imitated by anyone else in print or in any other media.”

Ferrar, in effect, had Bessie’s blessings and encouragement to complete the book, titled “Writing an Untold Life: Race, Gender and Resilience in the Authorized Biography of Bessie Stringfield.” She said, “In my original writings, I described events, actions and choices Bessie made to overcome racial and gender barriers in her day. My stories on Bessie portrayed how over 60 years, she rode at least a million miles in all kinds of conditions. By today’s standards, Bessie’s bikes were primitive and unreliable. Some circumstances she found herself in were treacherous because of rutted, muddy roads. Other circumstances were treacherous because of racial prejudice in the early and mid-20th century south, where ‘Jim Crow’ and ‘the Klan’ were pervasive in the lexicon and in Southern life.”

Bessie had asked Ferrar not to write about certain things until well after her death. “Respectfully, I have kept parts of the story at the bottom of an allegorical memory box for a quarter-century,” she wrote. “The details behind the events, anecdotes, vignettes and direct quotes from Bessie that I have written into my published works still reside in my private tapes of Bessie, my notepads and journals of the period between 1990 and 1993, and in a few other hidden places.” And so the legend of Bessie Stringfield continues.