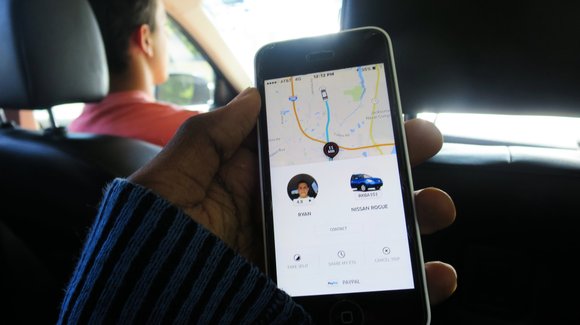 There’s an expression that bad ideas never die. For a while it looked like the medallion system that governed taxicabs in New York might be an exception to the rule. Over the past decade, companies such as Uber and Lyft made it easier for people of color to hail a ride and offered earning opportunities to communities often left behind by New York’s rapid growth. They broke up the monopoly held by taxi kingpins and bankers who had saddled drivers with mountains of debt while simultaneously resisting any attempt to improve service.

Sadly, however, the medallion system and all its flaws could soon be back under a new name.

Mayor de Blasio’s proposal to extend the cap on app-based vehicles aims to recreate the medallion system that failed millions. While it will protect the big banks and taxi kingpins who profited off the old system, it’s bad news for everyone else.

Drivers who simply want to support their families are stuck paying more to rent vehicles, and fewer cars eventually means less service in places outside of midtown Manhattan. The result is fewer earning opportunities for first generation immigrants—and people of color generally—plus worse service for those of us who depend on Uber and Lyft.

It didn’t work for drivers who were forced to either pay exorbitant fees for the privilege of renting a yellow cab or took out mountains of debt to buy a medallion. Drivers who rented worked 12 hour shifts in the hope of making enough money to cover the cost of the vehicle and still have a little left over for their families.

Those drivers who decided to buy a medallion ended up even worse off. Hundreds of drivers were tricked by bankers into signing shady loans that crippled them with millions of dollars of debt they could never repay. In a shocking New York Times exposé, one leading financial expert referred to medallion loans as modern day “indentured servitude.” For decades a small handful of bankers and taxi kingpins got rich at the expense of immigrants and people of color just trying to make a living.

To be clear, riders didn’t fare much better.

Yellow cabs rarely ventured into upper Manhattan or the outer boroughs. Most of us can remember stepping into a cab only to get kicked out when we whispered, “I’m going to Brooklyn.” Transit deserts in areas like Ozone Park and unreliable mass transit made the problem worse. Broken subways in the Bronx meant a nearly impossible commute to work in the central business district.

Of course it was even worse for New Yorkers of color. Hailing a cab was humiliating and frustrating. Vacant lights suddenly turned off when a driver noticed your skin color or just drove by without even bothering to pretend they were occupied. It got so bad that New Yorkers coined the phrase, “hailing while Black.”