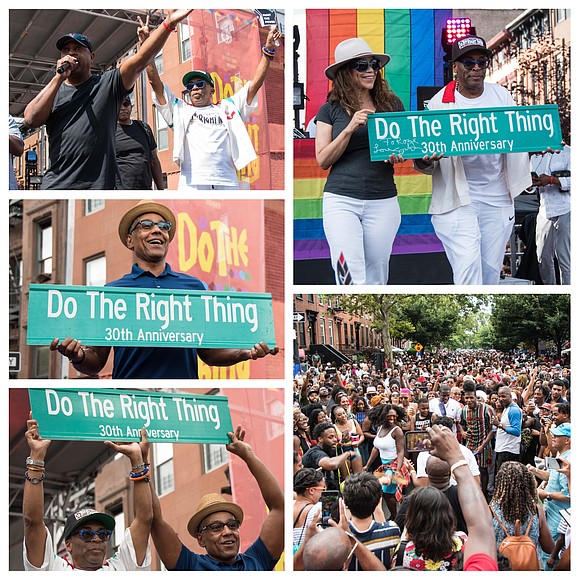 Spike Lee celebrated the 30th anniversary of his movie “Do The Right Thing” with a block party in Bed-Stuy, Brooklyn on the block the movie was shot. Along with Spike Lee, some of the original cast appeared, including Giancarlo Esposito, Roger Guenveur Smith, Rosie Perez and Danny Aiello. Others who came through included Chuck D of Public Enemy, Maxwell and Omari Hardwick.