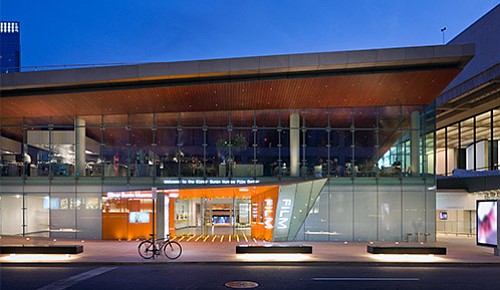 Diversity, diversity, diversity and its sister word—inclusion—have become new buzz words used (so often) to announce that the entertainment industry is making needed changes in their white-as-usual programming in television and film. It’s worth applauding the effort, naturally, but Film at Lincoln Center has been presenting compelling films and filmmakers since their inception and the 2019 summer season of releases (again) underscores their continued commitment to showcasing voices from around the globe and around the corner.

In mid’70s Argentina, at the height of that country’s infamous Dirty War, Claudio (Darío Grandinetti) is a well-heeled, cool-headed lawyer living with his wife and teenage daughter in a comfortable provincial suburb. When an innocuous dinner date ends in a startling altercation with a stranger, Claudio’s apparently placid lifestyle is disrupted, and fault lines begin to appear in the frictionless surface of his professional and domestic existence. What follows is a brooding, warm-hued fugue, where political calculations, economic stratagems, and tenuous social mores are played out with slow-burning ferocity against a harmonic bass line of barely repressed indignation and simmering paranoia. A Distrib Films release.

A decade in the making, Mariano Llinás’s follow-up to his 2008 cult classic “Extraordinary Stories” is an unrepeatable labor of love and madness that redefines the concept of binge-viewing. The director himself appears at the start to preview the six disparate episodes that await, each starring the same four remarkable actresses: Elisa Carricajo, Valeria Correa, Pilar Gamboa and Laura Paredes. Overflowing with nested subplots and whiplash digressions, “La Flor” shape-shifts from a B-movie to a musical to a spy thriller to a category-defying metafiction—all of them without endings—to a remake of a very well-known French classic and, finally, to an enigmatic period piece that lacks a beginning (granted, all notions of beginnings and endings become fuzzy after 14 hours). An adventure in scale and duration, “La Flor” is a marvelously entertaining exploration of the possibilities of fiction that lands somewhere close to its outer limits. An NYFF56 selection. A Grasshopper Film release.