Full Court All World 21 returns to the playgrounds of NYC 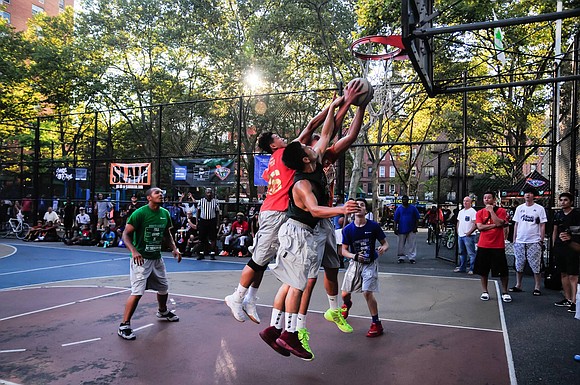 In decades past, the game of 21 was a staple of schoolyards across the urban landscape of this country. It can best be described as basketball’s version of wrestling’s battle royal matches, an every man/woman for themselves survival of the fittest that helped to develop ball handling, creative shot-making skills, mental and physical toughness, and resilience.

While it is not played with the widespread regularity and ferocity as it once was, 21 remains a foundational tool for the growth of aspiring young ballers. Bobbito Garcia, the iconic hip-hop pioneer, author, sneaker historian and basketball documentarian, has kept 21 alive and been instrumental in importing it across the planet in his travels to nearly every continent seeking out and engaging in pickup games.

Elevating 21 into an organized global competition, Garcia, a New York City native who has worked for Madison Square Garden Network conducting on-air interviews during halftime of Knicks games and served as a play-by-play announcer for ESPN, established the Full Court 21 All World Tournament. Initially held at the Goat Courts located in Happy Warrior Playground at 99th Street and Amsterdam Avenue, named after playground legend Earl “The Goat” Manigault, the one-on-five, no team, no teammates Full Court 21 All World features competitors from Puerto Rico, Canada, Asia and Europe going up against players representing Brooklyn, Philadelphia, Los Angeles and other U.S. cities.

Beginning this past Tuesday at Clove Lakes Park in Staten Island, Full Court All World 21, comprising the categories of boys and girls ages 14 to 17 and men and women 18 and older, will run through Aug. 20, when the finals will take place at the Goat Courts. For registration, schedules and rules, view the tournament’s website at fullcourt21nyc.com.