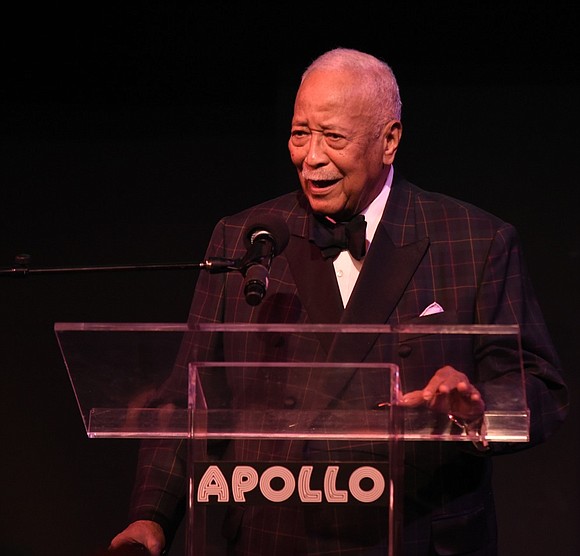 On July 10, New York City’s 106th mayor turned 92. Each time I have the opportunity to spend time with my “forever mayor,” I am constantly amazed at the intelligence, dignity and grace Mayor David Dinkins exudes. Far too many of my students do not know about the trailblazing victory of Mayor Dinkins in 1989 and the many obstacles he overcame to lead the city for one term. As I observe the many city leaders who got their start in the Dinkins administration, it is imperative we celebrate our leaders while we have them. As the first and only African-American mayor of New York City, Dinkins has been and continues to serve as an inspiration to Black American mayors across the nation.

Mayor Dinkins served our country in the U.S. Marine Corps, graduated from Howard University and Brooklyn Law School, and began his career as a public servant (serving in the State Assembly and as Manhattan borough president) several decades before he became mayor of the largest city in the nation. He spent much of his tenure as mayor assisting in the decrease in crime, serving as the face of the largest city in the entire nation, all while being trolled by Rudy Giuliani and his race-based antics during his entire mayoralty. Giuliani lost to Dinkins in their first electoral match-up and used four years to insert racially charged and racist allegations against the mayor whenever he could.

Despite the racist distractions, Dinkins continued to put forth a unifying vision of NYC as an international center and “beautiful mosaic” to be celebrated. For example, so many Americans were first introduced to Nelson Mandela and the struggles of post-Apartheid South Africa because of Dinkins bringing the freedom fighter to Yankee Stadium and providing a celebration and platform for global issues beyond the scope of city politics.

In addition, Mayor Dinkins has served as a model of friendship for me as I traverse New York City politics. His lifelong friendships with Rep. Charles Rangel, Percy Sutton and Basil Patterson are a model of genuine Black male love, comradery and coalition building. They have served as a blueprint and foundation for countless politicians seeking to serve their city and state.

I must consistently remind my tennis loving fans that they are able to enjoy the U.S.Open in Queens each August because of Dinkins’ vision, love for tennis, and his ability to recognize the global reach and fiscal benefits of bringing such an event to NYC each year. It is this type of inclusive approach that has made Mayor Dinkins my forever mayor. So on this, his 92nd birthday, I would like to wish the 106th mayor of New York City a happy birthday and glorious celebration (with his beautiful bride).