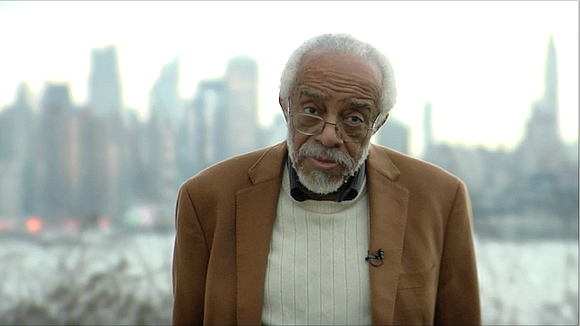 Despite the metamorphoses of Harlem—or plain old forced gentrification—there has been one constant mainstay in Harlem and that is Jazzmobile, since 1964. Harlemites with history will reminisce over Club Barron, Connie’s Inn, Lenox Lounge and Mr. B’s. But don’t linger too long; the summer is here and Jazzmobile @55 is already swinging through with its Summerfest of free concerts featuring a roster of exceptional musicians both icons and emerging.

Now through August, Jazzmobile will alternate between its main two residences; on Wednesdays at Grant’s Tomb (Riverside Drive/West 122nd Street) and Fridays in Marcus Garvey Park (Richard Rodgers Amphitheatre at Fifth Ave. & 124th Street). Along with its original mission (from when it was established 1964) by founders NEA Jazz Master, pianist and composer Dr. Billy Taylor and philanthropist Daphne Anstein, Jazzmobile remains committed to swinging on neighborhood stages across the city’s colorful landscape.

The Summerfest rousing jazz formats of straight-ahead, swing, blues, Latin and Afro-Cuban is also a part of Jazzmobile’s Residency at Minton’s Playhouse (206 West 118th Street) that jumps every Thursday from 7:30 p.m. to 10:30 p.m. The concert is free, with a beverage and or food minimum.

On July 11 the stirring saxophonist, flutist and singer Camille Thurman joins with The Darrell Green Trio. The well-adapted leader and drummer Green has played with Dr. Lonnie Smith, Pharaoh Sanders and Faye Carol.

On July 13, the vocalist Antoinette Montague brings her sassy soul to Bed-Stuy for the 500 Block Associations’ “A Brooklyn Block Party!” 4 p.m. - 5:30 p.m. at MacDonough Street (between Ralph & Patchen Street).

On July 18, the adventurous pianist/composer, Marc Cary, who grew up playing on the Go-Go Washington, D. C. scene and having put in quality performances with Betty Carter and Abbey Lincoln is sure to be an enthralling force with his Harlem Sessions.

On Wednesdays at Grant’s Tomb the engrossing drummer/composer Winard Harper hits the Harlem stage with his Jelli Posse; July 24 it will be all blues, funk and jazz with one of genres most exciting saxophonists Houston Person; and July 31 feel the roots of jazz from saxophonist and flute T.K. Blue.

On Fridays @ Marcus Garvey Park July 12 swing with the trumpeter/composer Jeremy Peltwhose sound has become a distinctive part of the jazz collage. On July 19 “Happy birthday Billy Taylor!” the legendary bebop pianist, arranger and educator Barry Harris will give us an unconscious magical jazz moment that only he can deliver. Harris collaborated with Dexter Gordon, Illinois Jacquet, Yusef Lateef and Hank Mobley through performances and recordings. During the late 1960s the Detroit native performed extensively with Coleman Hawkins at the Village Vanguard.

The main festival that tops the East Coast jazz charts is the Newport Jazz Festival being held this year Aug. 2-4 at Fort Adams in Newport, RI and Aug. 2 at the International Tennis Hall of Fame.