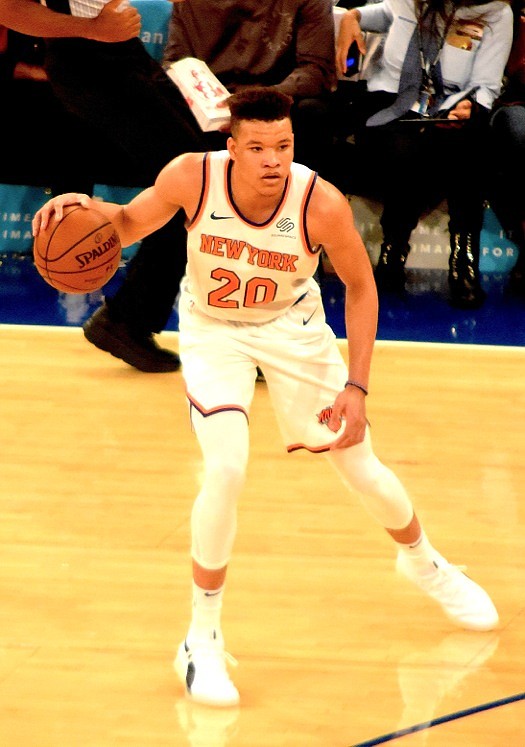 The Knicks are very much a work in progress. After a fleeting period of hope in the winter and spring, when there was still the prospect of the franchise acquiring players that would immediately elevate it from the depths of the NBA standings and change the widely held perception they are fraught with ineptitude, Murphy’s law prevailed.

One week into July, Kyrie Irving and Kevin Durant signed with the Brooklyn Nets, Kawhi Leonard inked a deal with the Los Angeles Clippers and brought along Paul George, facilitating George’s trade from the Oklahoma City Thunder to the Clippers, and Anthony Davis’ wish—more like a demand—of teaming up with LeBron James was realized by being dealt from the New Orleans Pelicans.

The end result of the movement of the aforementioned players, all among the best in the world, left the Knicks to settle for Julius Randle, Elfrid Payton, Wayne Ellington, Taj Gibson, Bobby Portis and Reggie Bullock on short-term contracts. As of yesterday (Wednesday, July 10), multiple reports had the former Celtics forward Marcus Morris considering reneging on a verbal commitment to sign with the San Antonio Spurs to join the Knicks.

It is an excruciating outcome for the Knicks and their fans to accept as they had another reminder of what could have been when the team began the 2019 NBA Summer League in Las Vegas last Friday facing Zion Williamson instead of having him as an integral component of their present and future. The No. 1 overall pick is a Pelican and gave the Knicks and the rest of the basketball universe a brief glimpse of his immense potential, scoring 11 points in nine minutes before a 7.1 magnitude earthquake centered in southern California, roughly 200 miles west of Las Vegas, ended the game with 7:53 remaining in the fourth quarter.

The game was recorded as an 80-74 loss for the Knicks. After falling to the Phoenix Suns by 105-100 Sunday and being topped by the Toronto Raptors 85-73 Tuesday, they were 0-3, putting at stake the reputations of the oddsmakers who installed the Knicks as the favorite to win the summer league championship. They faced the Los Angeles Lakers last night in their last game before the playoff round begins tomorrow.

With Williamson being shut down by the Pelicans for the remainder of the summer league with a bruised left knee following his appearance versus the Knicks, and the No. 2 overall pick, dynamic point guard Ja Morant of the Memphis Grizzlies not playing at all as he recovers from a minor arthroscopic procedure on his right knee performed June 3, there is heightened focus on R.J. Barrett, the No. 3 selection by the Knicks.

The 19-year-old has seemingly pressed as the expectations of Knicks fans craving for Barrett to resemble an all-star level player early in his career are too ambitious. He was just 13 for 47 with 11 turnovers in his first three games playing alongside last season’s rookies Kevin Knox, Mitchell Robinson and Allonzo Trier, the latter who sat out against the Raptors.