Liberty win four straight, but lose a big one on home court 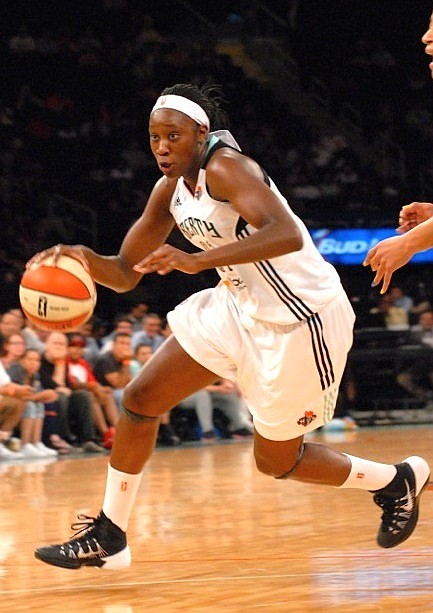 Things were looking good for the New York Liberty. After winning four straight games—three of them on the road—the team had reached .500. Unfortunately, a return to home court was anything but triumphant as the Liberty suffered a bruising 58–90 loss to the Las Vegas Aces on Sunday afternoon. Tina Charles was the only Liberty player to score in double figures.

“The last two games, they bullied us. We didn’t handle it,” said Liberty coach Katie Smith. “They made us turn it over. They made us cough it up, and we weren’t strong enough with the basketball.”

Smith added, “I just wasn’t pleased with the effort we had on both ends. Yes, we want to win games, but the way you win and lose is also something I wasn’t really pleased with today—overall effort from top to bottom.”

The Liberty has been playing without center Amanda Zahui B and point guard Bria Hartley, who are currently fulfilling overseas commitments. Despite their absence, the Liberty has looked strong in wins over tough teams such as the Seattle Storm and the Phoenix Mercury. The Liberty prevailed over the Aces on June 9, but in two subsequent games the Aces have totally dominated. The Aces are coached by Bill Laimbeer, former coach of the Liberty, and the team has two former Liberty players, Sugar Rodgers and Carolyn Swords, who know New York’s weak spots.

In explaining the loss, Charles noted the dominating presence of center Liz Cambage and guard Kayla McBride, who asserted themselves early in the game. “Those were the two main keys for us, and our effort just wasn’t there as it was in those three games that we won [on the road],” said Charles. “We didn’t match our effort like we did on the road. The way the starting five began that game defensively, offensively and mentally, we were just out of it.”

The Liberty has a few days to rest, reflect and repair before heading on a road trip to Chicago and Seattle. Smith vows to strengthen the defense. “We’re going to get after it on the defensive end,” she said. “That’s something we have to hang our hat on and obviously execution on offense and all the little things—setting screens, using screens, handling pressure. Basic stuff that at the end of the day wins and loses ball games.”