Unions continue the good fight one year after Janus 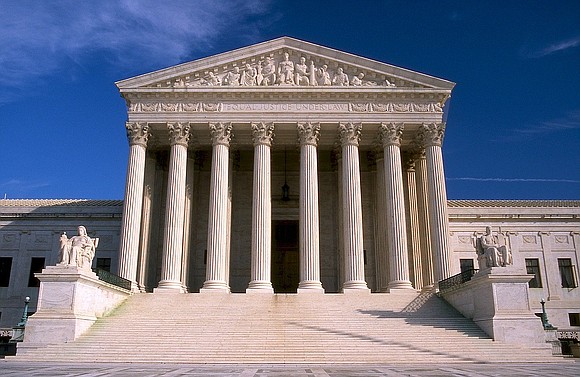 Last year, the U.S. Supreme Court dealt a blow to the labor movement in the Janus vs. AFSCME case. However, labor leaders have continued to push back against an organized effort to demolish unions.

The court’s 5-4 decision in 2018 turned public sector employment into a “right to work” venture ruling that non-public sector union members aren’t compelled to pay dues to the union that represents them at the bargaining table. They also ruled that union fees must be opt-in for employees and not opt-out, which makes it harder for unions to collect fees. Non-union members already can opt out of fees used to finance political organizing, but this is the first time they can opt out of fees used to pay for the cost of collective bargaining and representing workers.

“More Americans and public service workers are organizing in unions for a voice on the job because they see unions as the most effective vehicle to improve their workplaces, sustain their families and strengthen their communities,” said AFSCME President Lee Saunders in a statement. “This grassroots action has fueled political momentum, with presidential candidates embracing unions with a fervor we have not seen in decades and with the introduction of landmark state and federal legislation giving public service workers a voice on the job and protecting their freedom to join unions.

“As we approach 2020, we are strong, and we are committed to ensuring that on Election Day we elect candidates who are serious about strengthening public services and workers’ rights,” Saunders concluded.

According to a recent Gallup poll, union support is at a 15-year high with half of all Americans saying they would join a union. But despite the widespread support for organized labor, some saw the Janus decision as a victory for “free speech.”

“The impact of the Janus decision has been monumental. But our work is not done; the ruling in the Janus case in 2018 marks only the beginning of this fight,” stated Pat Hughes, co-founder and president of the Liberty Justice Center, which represented Janus in Janus v. AFSCME. “Government unions and government employers are blatantly violating the Supreme Court’s ruling and resorting to any means necessary to trap government workers in membership. What’s worse, politicians across the country are helping them. The Liberty Justice Center is committed to the full implementation and enforcement of the Janus ruling.”

American Federation of Teachers President Randi Weingarten spoke about what she’s done since the ruling. She said that the union lost 85,000 fee payers the day of the ruling, but they had plans for much worse.

“We knew that they wanted to eviscerate us,” said Weingarten. “The Janus decision gave them an opportunity to do so, but we have actually done a lot of work and are getting back to basics. The extremist right wing wants to eviscerate unions because they don’t want anyone competing with their power.”

In May, Liberty Justice Center attorneys helped file a class-action lawsuit against AFSCME in Illinois looking to recoup the money used to pay for union fees. According to LJC, nearly 1,000 workers have asked them for help post-Janus and they’ve filed 11 federal lawsuits on behalf of workers in California, Hawaii, Illinois, New Mexico, Ohio and Pennsylvania.

United Federation of Teachers President Michael Mulgrew said that while his union has weathered the aftermath of the decision well, they can’t be complacent.

“The Janus ruling was part of a coordinated strategy to gut workers’ rights and benefits, funded by the Koch brothers, the DeVos family and other right-wing billionaires,” said Mulgrew in a statement. “These are the people, using supposedly independent intermediaries, who are now trying to convince public employees to act against their own interests and quit their union.”