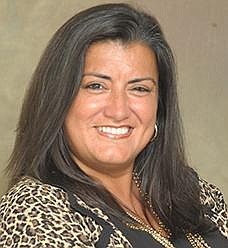 The American Federation of Teachers looked to New York to pick someone as a top official.

This month, the AFT announced Evelyn DeJesus as their new vice president for education via a unanimous vote by the national union’s executive council. She’ll serve alongside AFT President Randi Weingarten and Secretary-Treasurer Lorretta Johnson. She’ll replace Mary Cathryn Ricker after she was appointed commissioner of the Minnesota department of education.

“I’ve known Evelyn since she was a chapter leader, and I remember people telling me, ‘You need to watch this woman,’” stated Weingarten. “Evelyn is a fighter. She is more passionate than any summer day is long. Be ready for her to call you out when you’re wrong, and be ready for her to have your back at all times. She puts her whole heart into her work—whether it’s helping ELL students or families in Puerto Rico,” Weingarten said. “Evelyn inspires me every single day. I can’t think of a leader more equipped to take on this national role.”

According to AFT officials, in her new role, DeJesus will work to advocate for educators, public employees and health care professionals’ rights. Working close with leadership, she’ll work to help workers have a bigger say in their working conditions.

DeJesus was elected to the post right as the union began its biennial Together Educating America’s Children professional learning conference in Washington, D.C., where more than 1,200 educators from around the country discuss various subjects including investment in public education, creating safe spaces for students and taking on student debt.

“I am honored to represent the members of this union—their hopes, their aspirations and the incredible work they do every day to make people’s lives better in their communities,” DeJesus stated. “I am energized and ready.”

DeJesus rose through the UFT as an early childhood teacher and reading specialist, then as a school chapter leader and the UFT’s District 2 representative, and eventually being elected a vice president where she’s served since July 2014. She was also elected as the AFT’s national vice president for Latino advancement in 2014 and appointed to the advisory council of the Congressional Hispanic Caucus Institute.

United Federation of Teachers President Michael Mulgrew congratulated DeJesus and praised her work with the UFT.

“Evelyn DeJesus puts her heart and soul into helping educators, students and families,” stated Mulgrew. “She is a true advocate, a straight-talker and someone whose actions matches her words. Now, educators across the country will get to work with her, not just New Yorkers.”