The BIG 3—Recreational basketball in a professional setting 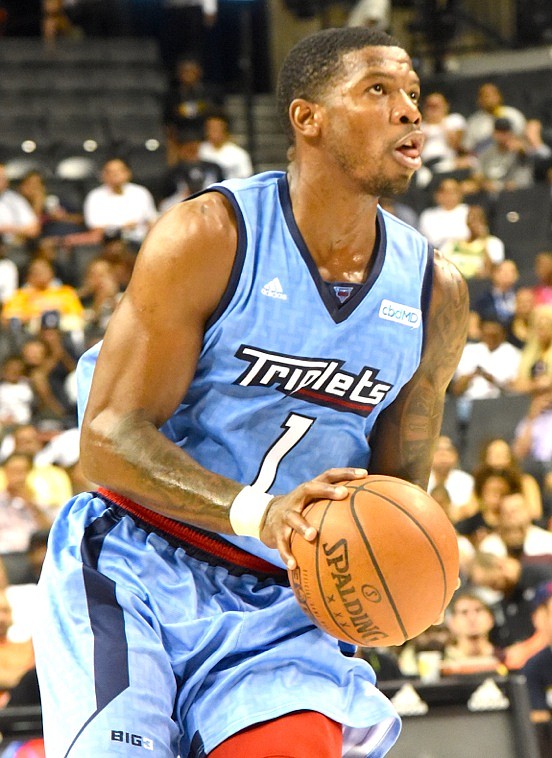 special to the AmNews

In its third season, BIG 3 basketball is proving to be a viable entertainment league.

Consisting of former NBA players, 12 teams, the BIG 3 is described as a professional 3-on-3 basketball league founded by rapper/actor Ice Cube and his partner, entertainment executive Jeff Kwatinetz.

The great Julius Irving, Dr. J is a head coach. The great Nate “Tiny” Archibald and Rick Barry are head coaches. Charles Oakley, Gary Payton and Lisa Leslie are also head coaches. And the great Clyde Drexler is the commissioner.

The league of 3-on-3 basketball consists of 12 teams whose 6-man rosters include both former NBA players and international players.

“It’s 3 on 3,” said former 6-10 NBA center Al Jefferson drafted by the Boston Celtics in 2004. “What you realize, even though it’s not full court, is it’s just as much energy as full court ’cause as soon as you get an offensive rebound or defensive rebound the other team gotta be ready to play.”

It’s playground, recreational, half court basketball in a professional setting. You have to take it back when the ball changes possession on a miss shot, a rebound, unless it’s an air ball.

There’s a 14-second shot clock. There’s also a four-point shot which was displayed with perfection by Joe Johnson, the former Brooklyn Nets star Sunday afternoon from the right side to secure the win. A 50-37 close out. The Triplets, coached by Leslie over Tri-State, coached by Irving. The first of the three games of the afternoon that also featured a Jim Jones performance and had LL Cool J, Fat Joe, Jadakiss, DJ Premier and Chuck Chillout in attendance.

Each win goes to the team that hits 50 first. Halftime is dictated by the team that first hits 25. The playoffs take place in New Orleans at the end of August, and will consist of eight teams. The championship is scheduled for Labor Day weekend in September.