Liberty lose two on the road 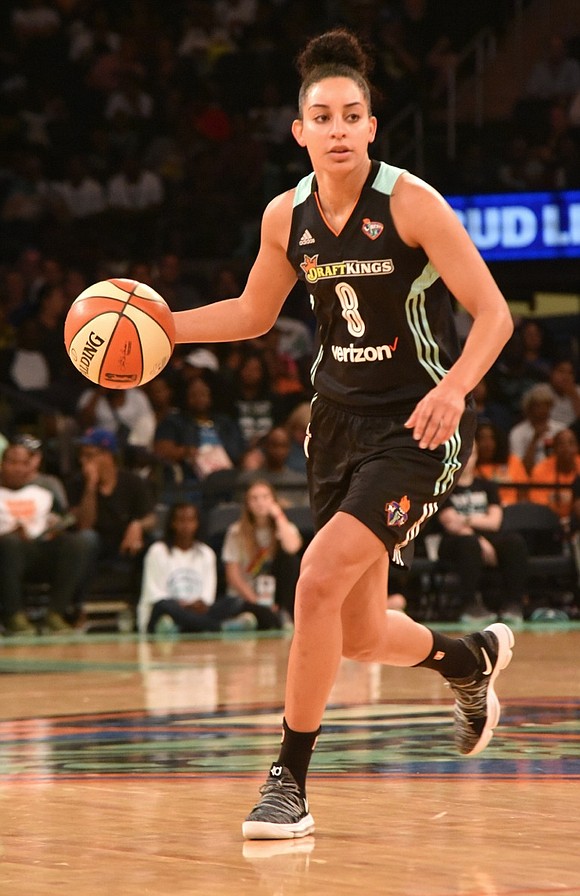 The New York Liberty is once again trying to figure out how to sustain a winning momentum. Last week, the team was on the road, first dropping an 83–99 game to the Chicago Sky followed by a 69–78 loss to the Seattle Storm.

“We didn’t show up,” said Liberty coach Katie Smith after the loss to the Storm. “We knew what we were going to see and we know how they play. We didn’t handle their pressure and turned the ball over too much. We gave them offensive rebounds and basically spotted them 10 points to start the game. It went downhill from there.”

After reaching .500 a couple of weeks ago and looking poised to make a solid playoff run, the Liberty is again in the bottom four teams of the WNBA. Guard Bria Hartley and center Amanda Zahui B are back with the team after fulfilling overseas obligations, but the ferocious intent they showed earlier this season is currently not evident.

“There’s no reason for us to dig ourselves a hole,” said Smith. “Off of turnovers, [offensive] boards, they hit threes and shot the ball really well. We tried to paint the picture about what we were going to see—we just saw them a week ago—but we had to handle their pressure. We knew that and did not.”

She added, “In the first half, there was a bit of a lid on the basket and we missed some easy ones that we usually wouldn’t miss. That kind of led to that hole so it was hard to dig ourselves out of it. I think in the second half we had a chance and just needed to execute things a little bit better.”

Kia Nurse was the Liberty high scorer of the game, with 19 points. Last week, it was announced that fans had voted her a starter for the upcoming WNBA All-Star Game. The University of Connecticut alum is a standout in her sophomore pro season. Liberty newcomer Marine Johannès has been a good offensive presence, scoring 10 points in the game against Chicago and getting seven points and two assists against Seattle.

The Liberty returns to action on Saturday with a home court matchup with the Los Angeles Sparks. Training this week will focus on cohesion. “Having a week together will be helpful to tighten up some things on our defense as well,” said Smith.