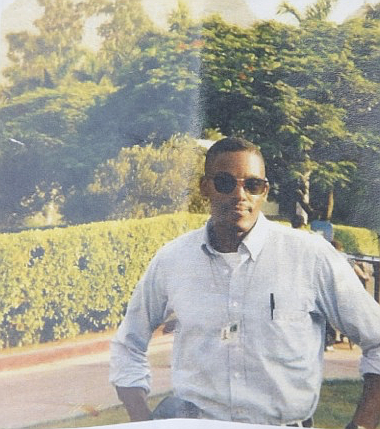 Within weeks of each other, two leading authorities on Blacks in Mexico joined the ancestors.  This past June 20, Dr. Colin Palmer, 75, died while visiting his native Jamaica. Lamont Curry Muhammad, 70, departed July 6. Dr. Palmer’s research and his book “Slaves of the White God: Blacks in Mexico, 1570-1650” propelled him to eminence and popularity in the academic world.  A profile of him can be found in the Classroom section of this paper.

On July 16 at Unity Chapel in Harlem an overflow crowd turned out for the Janazah Prayer Service for Lamont where Minister Abdul Hafeez Muhammad presided. Our tribute to Lamont is part personal reflections and an encomium, which I begin and Brother Yusef will conclude.

One of the first writers Don Rojas and I recruited in the mid-90s when we launched the website The Black World Today was Lamont.  We not only valued his local expertise but needed his international perspective, and he executed these services flawlessly. What he did for us had been perfected over more than a generation of reporting for a number of African-American publications, including the Indianapolis Recorder, the Amsterdam News, The People’s Voice, Big Red, and later at the Final Call, where for several years he was the paper’s United Nations correspondent.

Although we had a longstanding professional relationship, I knew very little about his personal life, other than knowing he had a loved one, Paula, and several children, Jihaad, Jamila, Tarik and Azizah and a stepchild, Kamal.  When we were together there was no mention that he was born in the Bronx Jan. 4, 1949; in fact, I was stunned to learn he was in his forties when we met.  That youthful presence radiated in his warm personality and in his tireless work ethic, so much so that I, perhaps along with others, convinced him to return to school and finish up his higher education that had been interrupted by two years in the military.

Long before he actually enrolled at the College of New Rochelle, he would sit in my classes and I often called on him to clarify a point or to provide his analysis of a discussion. Later, he returned seriously to the classroom and proudly sent me a copy of his diploma and promised to embark on his master’s degree.

But there was another passion he harbored—travel, and that took him to Central America, mainly Belize and then Mexico.  His publication of “Black Mexico—The Greatest Story Never Told,” was an act of self-determination and I witnessed its progress from the start to finish, now and then providing guidance and encouragement.  I hope that at another time and place I can elaborate on Lamont’s budding scholarship and few other dreams he had. Let me allow Brother Leroy Baylor to offer his impressions of his colleague and fellow Muslim.

“In addition to his family, Brother Lamont’s passing also affects the broader reading community,” Brother Leroy began. “There are categories of people: those who make things happen, those who watch things happen and those who wonder what happened, while Bro Lamont critically analyzed what is.”