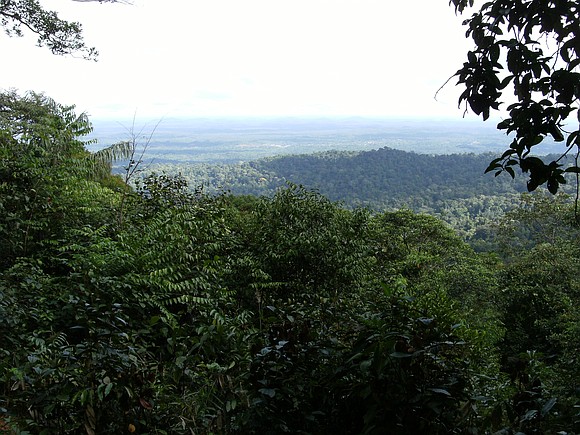 Back in 2009, Guyana and Norway signed off on a novel deal for a Caribbean Community country, under which that oil and gas-rich European nation would provide Guyana with millions in grant aid to preserve its standing stock of rainforest.

The terms had provided for Norway to pay up to $250 million to not only push Guyana to preserve its rainforest but to also help the region’s largest member state to slowly convert its economy from fossil dependence to cleaner alternative sources like solar and hydropower.

The arrangement has had many ups and downs with Guyanese authorities complaining about excessive, if not, unnecessary, scrutiny of forest operations and seemingly tougher than usual regulations for the country to meet to qualify for financial draw downs.

In recent months, Guyanese officials have given signals that some of the humps are being smoothed out and that progress is being made. But even as the months roll by, Norway is now turning its attention to Suriname, Guyana’s community neighbor to the east.

The Surinamese government said in the past week that Norway has made its intentions known that it is interested in a similar arrangement like Guyana’s as these two small South American countries, which are Caribbean single bloc trading members, have done a decent job in preserving their rain forest patrimonies over the decades.

Both land masses have in excess of 70 percent forest cover with small populations Guyana about 800,000 though being as large as Britain and Suriname, just over 500,000. The Norwegians and others fighting to mitigate climate change want to at least ensure these two countries are compensated for keeping their jungles intact and to work with their forestry, mining agricultural and other sectors to engage in environmentally sustainable actions.

The Surinamese delegation which attended the recent Caribbean leaders summit in St. Lucia, reported success in talks with Norway’s Prime Minister Ema Solberg. Solberg was a special guest of the leaders. The Suriname delegation said Norway also promised help to that country and its regional neighbors in building resilient economies that could withstand major natural disasters like hurricanes.

“The prime minister of Norway is very open to that and has even made a suggestion how we can tackle this as quickly as possible,” Suriname’s True Time newspaper quoted Norwegian Foreign Minister Yldiz Pollack-Beighle as saying. Technical teams will meet in the coming weeks to start ironing out details of a future agreement linked to carbon credits for Suriname.

Winston Lackin, former Surinamese foreign minister now environment ambassador, has already visited Norway for talks with officials there. “It is now about the realization of possible programs and projects and Norway is open to sending a delegation to Suriname shortly,” he said.

Guyana and Suriname are by far the largest members of a bloc that comprises mostly small island nations. Belize is the other with significant rainforest stocks.

Norwegian teams have been habitually attending international forums dealing with forest preservation, including one in Suriname earlier this year when it pledged to provide additional support to high forest cover countries as well as sessions relating to low deforestation conferences in the Americas.

Officials from both countries, meanwhile, have also indicated plans to cooperate in oil and gas. Suriname is already a producer while Guyana is set to become one by the end of this year.