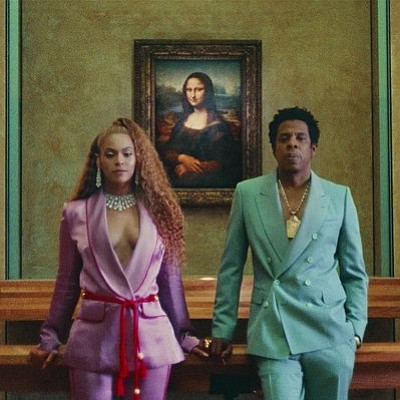 At press time, the latest R. Kelly news is that the disgraced singer’s live-in girlfriends, Jocelyn Savage and Azriel Clary, sent a video to TMZ in which they denied reports that federal authorities evicted them from Kelly’s Trump Tower Chicago home, calling it “fake news.” The video shows the view from the high rise condominium. Kelly was due to appear in court on July 16 in Chicago for a hearing to discuss bail and arraignments after being arrested on July 11 in Chicago on federal child porn and other sex-crime charges, and after a second separate indictment was unsealed on July 12 in New York on sex-trafficking and other

Prince Harry and Meghan Markle met Jay-Z and Beyoncé at the London premiere of “The Lion King” on July 14, and conversation between the two sets of proud parents quickly turned to the royal family’s newest addition, reports People magazine. Beyoncé greeted Meghan with a warm hug, telling her that Archie is “so beautiful.” At one point, Prince Harry revealed that Archie had recently mastered a new skill. He then mimicked his son, born May 6, lifting his head up by stretching his neck and looking at the sky. Beyoncé responded, “He’s holding his neck up?” Then reportedly Jay-Z told the Duke and Duchess of Sussex: “The best advice I can give you, always find some time for yourself.”

During the recent Essence Festival weekend in New Orleans, OWN hosted a lively Summer of OWN cocktail party at Legacy Kitchen featuring talent and executives. Attendees included OWN president Tina Perry, Gayle King, and cast members from “The Have and the Have Nots,” “Greenleaf,” “If Loving You Is Wrong,” “Queen Sugar” and “Ambitions.” Raymond Santana, Korey Wise and Yusef Salaam of the Central Park 5 also stopped by

The Southampton Animal Shelter Foundation will auction off a British automobile classic, a beautifully restored 1952 MG TD, at the 10th annual Unconditional Love Dinner Dance on Saturday, July 20. Proceeds from the sale of this unique car will go toward the Foundation’s mission to support the more than 5,000 animals who enter the shelter’s doors each year. The 1952 MG TD is one of the most desirable MG models produced. The Unconditional Love Gala will take place in Southampton, New York. The event chair is Jean Shafiroff and the honoree will be Aimee Sadler, founder & CEO of Dogs Playing for Life.