A Sky With No Limits 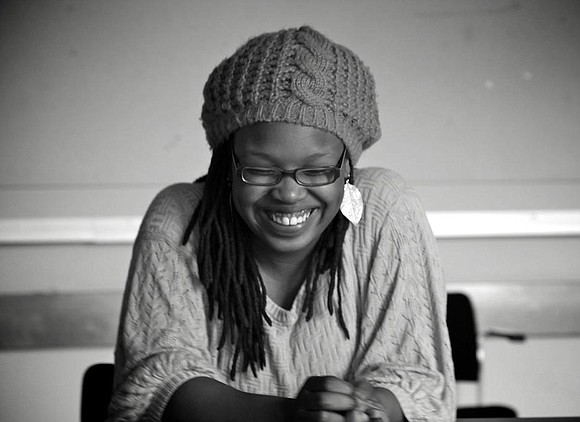 Beating the odds and working in a field as a minority Black woman dominated by mostly white men shows what one can accomplish with drive and determination.

Sky Davis found her calling as a product designer by chance. Her original plan was centered in communications but that all changed when the opportunity to do something different presented itself.

Her undergraduate was Writing and Rhetoric. But she joined Hobart and William Smith Colleges’ Latin American Organization. While part of that organization she had the opportunity to shadow Tina Lee who was the person in charge of public relations.

While attending Pratt she noted that she did learn design techniques but there was more to learn, and she wanted to find it and so taught herself a few more things.

Having been thrust into the field of design Davis delved deep into the world of Photoshop and other programs affiliated with her current field. After attending Pratt, Davis spent time as a member of the first cohort of Pursuit.org: a coding bootcamp whose mission it is to create more women and minority tech innovators.

Sky currently works as a product designer at Philosophie Group Inc. She chose this company because she loves being pushed to do her best and thus, she strives. She also found it interesting that in a field dominated by white males she has had the opportunity to work with predominantly women at this company.

While working at Philosophie Group Inc., she mentioned that she has had the opportunity to work with a variety of businesses, from entrepreneurs to much larger companies.

Writing codes and coming up with design ideas may seem daunting but since this is something that Sky has a passion for, she makes it her duty to do her best.

Davis makes this clear because to her designing, building page components and writing code itself feels amazing.

The Harlem native told AmNews that she loves to do both and there isn’t one that she prefers over the other.

According to Sky, with design you are granted the immediate satisfaction of the work that you have done. However, when it comes to developing, time becomes an illusion, “developing is more challenging because you have to figure out problems.”

Working in this field Sky mentioned that being a minority at times becomes difficult, especially since this field has predominantly white males.

When she first began, she noted that it was difficult for her, but she was lucky enough to have people around who made her better by helping her to work harder.

Having this knowledge Sky Davis has also launched her own project known as Black and Gold. This website was recently launched and targets those who wish to turn the ideas they’ve had for a while into a business.

“I didn’t have a lot of people that looked like me in the field that was hard,” said Sky Davis. To young people of color who have thought about working in this industry, she suggests that you just do it.