‘Hidden Figures’ no more—Katherine Johnson and Mary Jackson of NASA 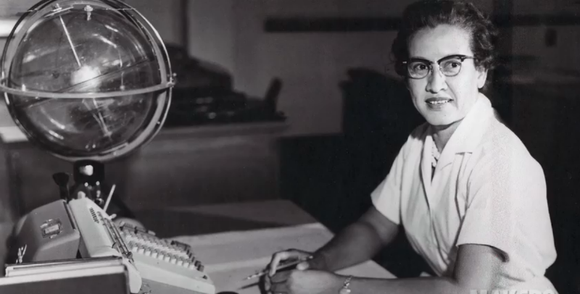 Thanks to the tireless research of Margot Lee Shetterly and her book “Hidden Figures,” Katherine Johnson, Eunice Smith and Mary Jackson were brought from the shadows of history. They received even greater prominence when the film of the same title was released in 2016.

Because we’ve done a profile on Dorothy Vaughan, it’s now time to present a longer discussion on two of the women she mentored—Johnson and Jackson. In the film, Taraji P. Henson is Johnson, Octavia Spencer is Vaughan and Janelle Monae portrays Jackson.

Of the three, only Johnson is alive. Jackson, who was born April 2, 1921, in Hampton, Va., died in her hometown Feb. 11, 2005. She was 21 when she earned her bachelor’s degree in mathematics and physical science from Hampton Institute.

Her first job upon graduation from Hampton was teaching school in Maryland. In 1951, she joined the National Advisory Committee for Aeronautics, which later became the National Aeronautics and Space Administration. She began there as a researcher in the emerging computer science at the Langley Research Center. Two years later, in 1953, she worked in the Compressibility Research Division.

By 1958, after taking additional courses in physics and math, she joined a special training program and was soon promoted to aerospace engineer. Her specialty was analyzing data from wind tunnel experiments, where her expertise was instrumental in aircraft flight experiments at the Theoretical Aerodynamics Branch of the Subsonic-Transonic Aerodynamics Division at Langley. She led a team of researchers seeking to understand the thrust and drag forces. In this capacity, she worked in close association with the flight engineers at NASA.

Along with her assignments at NASA, Jackson devoted time and energy to helping other minorities in her field, facilitating their career development, particularly making sure they knew the difference between being a mathematician and an engineer, something she had successfully finessed.

Jackson spent more than a generation at NASA and reached the highest level of engineer without becoming a supervisor. When she changed occupations to become an administrator in the Equal Opportunity Specialist field, it was a substantial pay cut, but it gave her chance to work more directly with minorities and their aspirations, especially women. It was with this background that she returned to NASA with the same goals. Jackson worked at NASA until her retirement in 1985. It should be noted that throughout her NASA years she also worked as a Girl Scout leader.

Johnson, the surviving member of the three pioneers, was born Aug. 26, 1918, in White Sulphur Springs, W.Va. She was 15 when she entered West Virginia State University, but her professor, W.W. Schiefflin Clavor, the third African-American to earn a Ph.D. in mathematics, recognized her affinity and ability and recommended that she pursue higher courses. She followed his advice and later earned graduate degrees in math.

In 1953, Johnson was contracted as a research mathematician at the Langley Research Center, following a similar track of the Black women at the National Advisory Committee for Aeronautics. She worked in a pool of women performing math calculations before being assigned to work with an all-male flight research team. Among her tasks was to determine the trajectories and timing for rocket launches, including the Mercury mission and Apollo 11, the first human mission to the moon.

Johnson would perform similar duties for flights led by Alan Shephard. Even after NASA began using electronic computers, John Glenn requested that she personally recheck the calculations before embarking on Friendship 7, the first flight of an American to orbit the Earth. She worked at NASA until 1986. Her calculations were critical at the start of the Space Shuttle program.

A number of honors, including doctorates, have been bestowed on Johnson, and she received the nation’s highest civilian award, the Presidential Medal of Freedom from President Obama.

She has already expressed her excitement about the film, although there’s a bit of sadness that her sisters at NASA are not here to share that joy and jubilation.