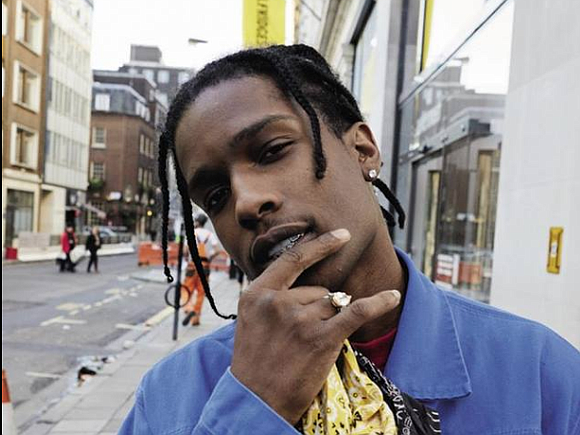 Rapper and Harlem Rakim Mayers, also known as A$AP Rocky, remains detained in Sweden after a physical confrontation involving his entourage against heckling fans. Rocky was on tour with his crew when the incident occurred outside a Swedish shopping center and says he was defending himself

Several high profile African-Americans are calling for the country to release Rocky, as reports came out of him being held in inhumane conditions. Brooklyn Congressman Hakeem Jefferies, Rep. Joaquin Castro and Rep. André Carson made a joint statement concerning the matter.

“We remain deeply concerned about the detainment of Rakim Mayers, also known as A$AP Rocky, and his two companions David Rispers Jr., and Bladimir Corniel. All three of these gentlemen are not only American citizens, they are young men of color,” said the members,” they said.

Reports indicate that President Donald Trump’s call to Swedish Prime Minister , Stefan Löfven, about Rocky’s incarceration may have backfired. Trump claimed he was first made aware about the issue by his wife, First Lady Melania Trump, and received calls from Kanye West and Kim Kardashian. The President, who essentially said he “would guarantee bail,” if they released Rocky, spoke about the issue in the oval office last week during a press conference.

In a series of tweets this past weekend, the President pledged his support for the rapper and pleaded for his release.

Swedish law enforcement doesn’t seem to be budging from their stance on detaining the rapper. Löfven said the case is at “the complete independence of the Swedish judicial system, prosecutors and courts.” A spokesperson for the PM said “in Sweden everyone is equal before the law and that the government cannot and will not attempt to influence the legal proceedings.”

Rev. Al Sharpton will meet with Swedish Ambassador Karin Olofsdotter on Tuesday, to seek clearance to visit Rocky in Sweden after his detention by authorities earlier this month. Rep. Adriano Espaillat is hosting an event to build public awareness about the ordeal. Espaillat will be joined by family members as well as civil rights leaders, artists and community activists.

“You can expect that members of Congress, particularly those of use who are part of the Congressional Black Caucus, are going to continue to weigh in forcefully until A$AP Rocky is free,” said Jefferies.