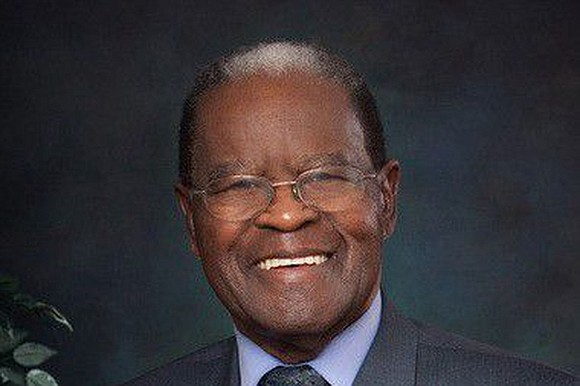 Dr. William J. King made history when he became the first Black doctor at Underwood-Memorial Hospital (now Inspira Medical Center) in Woodbury, N.J. in 1968. Dr. King died July 16 from heart disease and diabetes, according to reports. He was 88.

Along with making a name for himself in medicine, King is being remembered as an upstanding community leader who many revered as a local champion in Deptford Township. Along with being a doctor, King was pastor of the Living Word Bible Fellowship Church in Blackwood, which he founded in 1988.

Born in Coatesville, Pa., King earned his degree in biochemistry in 1952 at Virginia Union University. He earned a D.O. degree from Philadelphia College of Osteopathic Medicine. King was a member of Omega Psi Phi Fraternity, Inc.

He also had a celebrated military career in the Air Force. King was a colonel and served as the commander of the 514th Medical Air Wing at then-McGuire Air Force Base. In 1997 he was awarded the Meritorious Service Medal.

Opening his practice in 1964, he broke the color barrier for doctors at Underwood-Memorial after the NAACP stepped in. Working as a doctor for 40 years, he made house calls and moved his way up at the hospital becoming chairman of family medicine practice and medical director of the residency program.

As a doctor, King was known for how he treated his patients and for going the extra mile. It was not unusual for him to make house calls when patients weren’t able to come to his office.

“It’s going to be tough to fill the void for the work that he did,” said Gloucester County clerk James Hogan in a published interview. “I lost a true friend.”

Visitation will be held Friday, July 26, from 6 p.m.-8 p.m. and again on Saturday, July 27, from 8 a.m.-10 a.m. at Bethel Church Blackwood, 1583 Blackwood-Clementon Rd., Blackwood, N.J. The funeral service will follow at the same location. Interment will be at Gloucester County Veterans Memorial Cemetery in Williamstown, N.J.