Getting to the essence of it 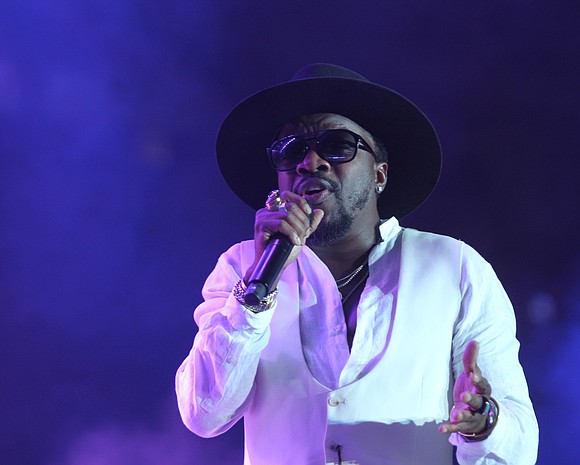 If you are a connoisseur of that pure, raw, well essence of what Black music, nope scratch that, Black CULTURE is about, the 2019 ESSENCE Festival was where you needed to be. The numbers show that people showed in abundance with more than half a million attendees attracted to New Orleans on the Fourth of July weekend for a historic 25th anniversary celebration representing one of the largest gatherings in the event’s history. Forever First Lady Michelle Obama commanded the main stage at the sold-out Superdome on Saturday, July 7, for her first ESSENCE Festival headline appearance. Throughout the weekend, seven 2020 presidential candidates joined Power Stage segments at the Ernest N. Morial Convention Center to directly engage the influential audience of Black women in attendance and share plans and policies to address some of the most pressing issues. In addition, the debut of the ESSENCE Global Black Economic Forum connected attendees with accomplished leaders and chief executives including Walmart CEO Doug McMillon, Chase Consumer Banking CEO Thasunda Duckett, Kaiser Permanente Chairman and CEO Bernard Tyson, New Orleans Mayor LaToya Cantrell, Twitter and Square CEO Jack Dorsey, and TDJ Enterprises CEO T.D. Jakes, among others.

Live album and the city of New Orleans? That was a combination that ironically forever shaped the face of Black music. Any idea how? Well, an album was recorded at the Saenger Performing Arts Center in New Orleans on Nov. 15, 1980. That band was a steady force in the industry, going gold on each of their previous four albums, and the live album highlighted just how special the band’s bond, particularly the lead vocalist’s, was with the city. In an interlude he said, “Some one asked me, ‘Why you recording your live album in New Orleans?’ I said, why not, ya dig?’”

That connection translated even on vinyl. To add extra zest, four studio cuts were added to the album and one song is in the discussions of greatest R&B songs ever, “Before I Let Go.” Anthony Hamilton did a special cover of two of the band’s golden hits, “Too Many Games” and “Can’t Get Over You?” before a video tribute saluted the group for what they contributed to the festival.

If you hadn’t guessed yet, the group is Frankie Beverly and Maze.

ESSENCE’s co-founder Ed Lewis showered the group with plaudits right before New Orleans Mayor LaToya Cantrell bestowed Beverly with a key to the city. An anxious Beverly offered, “I don’t want to get to cryin’. But I want to get to my music right now, okay?” Ebanks also honored the singer with a special award before the band shut down the city as they have for the first 15 years of the festival.