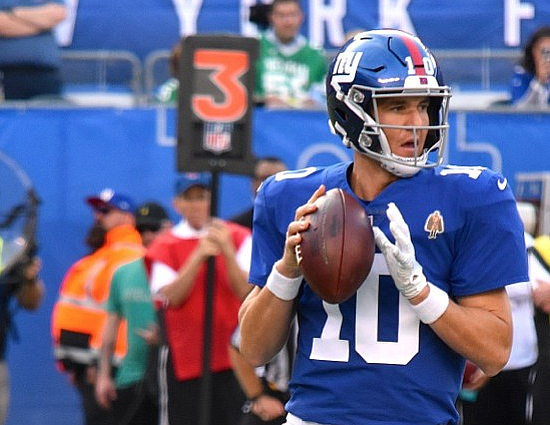 During the past seven seasons, the Giants have had only one postseason appearance, in 2016, losing to the Green Bay Packers 38-13 on the road in an NFC wild card game under former head coach Ben McAdoo. For a franchise with four Super Bowl titles, the last coming in 2012 in a dramatic and memorable 21-17 win over the New England Patriots, their decline has diminished the luster of a brand that has a widespread perception of success.

The Giants entered training camp this week optimistic they have upgraded their roster through the draft and free agency but in an unmistakable period of transition. Longtime football executive Dave Gettleman is in his second season as the team’s general manager, hired near the end of December in 2017. Less than a month later he tabbed Pat Shurmur as the Giants’ new head coach, following McAdoo who was fired along with the previous GM Jerry Reese early in December 2017.

The tandem of Gettleman and Shumur only managed to produce a 5-11 record last season, just slightly better than the 3-13 record—second worst in the NFL—that the team registered the prior campaign. They are clearly committed to moving on from quarterback Eli Manning, who was the MVP in two of the Giants Super Bowl wins.

Manning has a Hall of Fame resume but at 38 years old and in the final year of his contract, the Giants have an accumulative record of 47-65 over the past seven seasons with him under center for all but one of those games. Manning was ineptly benched by McAdoo in Week 13 of the 2017 season, ending his streak of 210 consecutive starts, second longest in NFL history, a move that accelerated McAdoo’s ouster.

The shocking selection of quarterback Daniel Jones from Duke University with the sixth overall pick in the NFL draft in April was a clear statement that Manning’s days as Giants quarterback are numbered. Despite the politically correct narrative Gettleman and Shurmur have crafted, they are actively preparing to elevate Jones to starting status. When is the only unanswered question.

As the Giants continue to revamp their offensive line, which was problematic in pass protection for the better part of last season, and with the trade of two-time Second Team All-Pro wide receiver Odell Beckham Jr. to the Cleveland Browns, the Giants’ offense, which ranked 17th overall a season ago, will rely heavily on the immense talents of Saquon Barkley, who established himself as one of the best running backs in the league on his way to setting several NFL and franchise records for both rushing and pass catching in being named the Offensive Rookie of the Year.

Defensively, the Giants used two first round picks after taking Jones to draft tackle Dexter Lawrence from Clemson at 17 and cornerback Deandre Baker from Georgia at 30. They will need to contribute immediately to help improve a unit that gave up an average of 371.4 yards per game and finished ranked 24th.