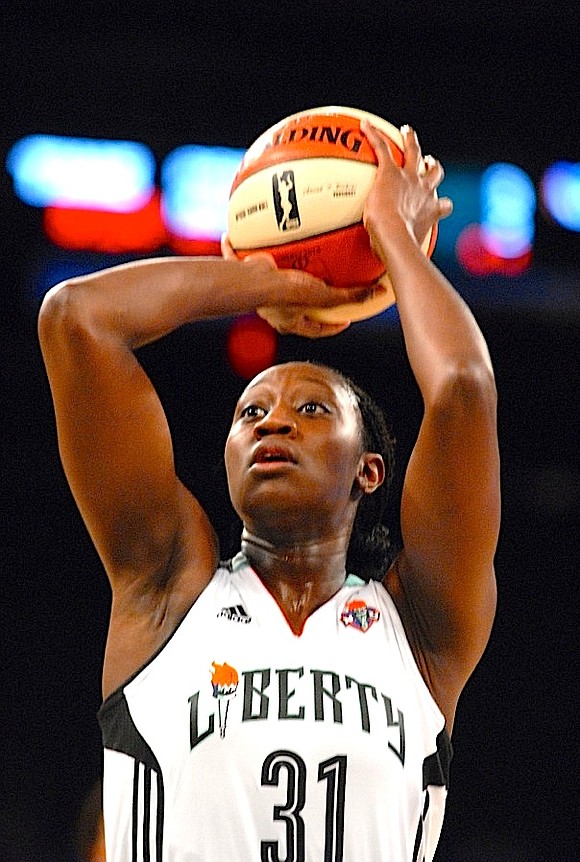 At the midpoint of the 2019 WNBA season, it’s now or never for the New York Liberty. In need of a win, rookie guard Marine Johannès, who only recently joined the team after fulfilling overseas commitments, was literally perfect. She shot six-for-six, including four three-pointers, plus one free throw to score 17 points in the Liberty’s 83–78 home court win over the Los Angeles Sparks.

“I’m just happy to be here. I try to be a good shooter, work hard and just enjoy it,” said Johannès, who also had five rebounds and a steal.

Liberty coach Katie Smith was pleased with how Johannès performed. “She’s a solid pick-and-roll guard,” said Smith. “She was able to shake loose. She was able to hit shots. She’s got a little bounce to her…She gets out on the break and runs. She’s athletic, someone who can stretch the floor and they have to play her honest.”

Second year guard Kia Nurse continues to be a significant presence. She contributed 14 points, two rebounds and three assists to the win. “We’ve been really focusing on team defense in practice. It’s amping up the energy,” said Nurse. “We did a great job defensively trying to get deflections and steals, therefore allowing that to become a part of our offense and transition game. That was a big difference for us today.”

With this eighth win of the season, the Liberty has bested its 2018 record. The playoffs are still possible, but right now the team is on the bubble. A variety of players need to step up. Unfortunately, rookie guard Asia Durr is currently out with a groin pull. Smith credited the team’s depth with the win over the Sparks.

This Saturday is the WNBA All-Star Game, in which Nurse and Liberty forward Tina Charles will be playing. Some Liberty players may head to Las Vegas to be part of pre-game activities while others may take a much-needed rest. The next Liberty home game at Westchester County Center is Aug. 4 versus the Connecticut Sun.