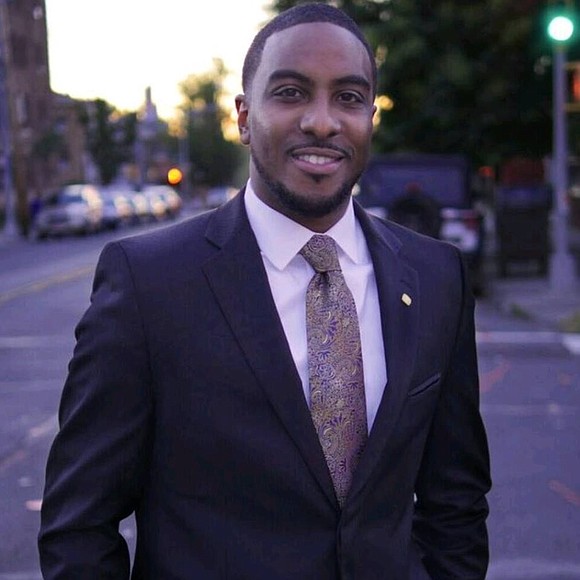 You don’t need a title or money to help your community.

Dwayne R. Norris, a Bronx native and former president of the Rotary Club of Harlem, had exemplary women in his life who helped to pave his path. At a young age, when Norris came home from school, he would spend his time working alongside his mother, Vienna, in her financial practice. He later went on to attend the University of New Mexico where he followed in her footsteps.

His mother encouraged him to move back to New York where he would help his aunt, Yvonne Russell, on projects she needed done while she mentored him, showing him the ins and outs of insurance and finance.

Rotary International is a global, nonprofit organization of clubs that are currently in 200 countries working with their communities. According to Norris, each Rotary Club does so based on their needs; some communities may focus on education while others focus on health, water filtration and more.

Before Norris, few Harlem community members knew that a Rotary Club existed in the neighborhood. During the time he held the title of president, he made significant changes within the club and community while also setting his sights on attracting new members.

Along with other volunteers, Norris focused the club’s efforts on literacy, hunger and homelessness, as well as economic development. They have also hosted events to shed light on human trafficking while working with different organizations.

In 2018, the Rotary Club of Harlem partnered with local New York organizations to host its second annual Food for the Soul: Food Packing Event, which was a great success.

Events such as these do require as many volunteers as possible, according to Norris who, for example, says that about 170 volunteers were needed to aid in the food packing process.

Aside from being an organization that utilizes volunteers, this rotary club also provides scholarships for the youths who qualify. With their scholarship applications, the Rotary Club of Harlem does not focus solely on grades. While grades are important, they also want to know what their applicants are doing in and for their communities, how they see the world, and what they hope to change in their community.

The announcement of the scholarship begins at the end of each year in December. The club does hope to increase funding for the scholarship so that they can aid more students within the community.

Being a member of the Rotary Club of Harlem is voluntary and non-paid as it is a nonprofit organization.

“You don’t have to have a title to be a leader, you just need ideas,” said Norris.

For those interested in participating and becoming a member, Norris suggests coming to a meeting or event to see if this organization is really for you. Just come with ideas and a willingness to serve.

“Service is something everyone should do, the government and corporations won’t help us so we have to do it ourselves, you can get more done with a club and officials than on your own,” Norris said.