At the Schomburg this week: The Young Lords at Fifty 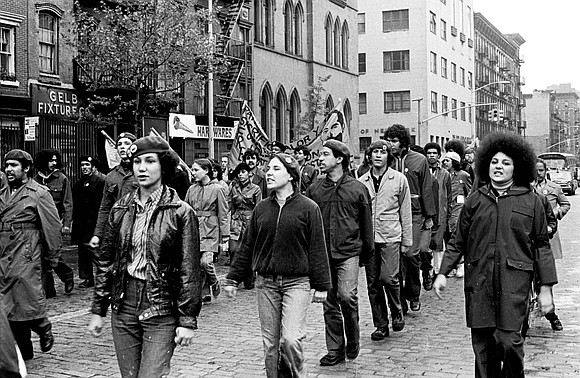 Recently, most Americans—if not the world—were busy celebrating the 50th anniversary of Neil Armstrong walking on the moon. Around the same time Apollo 11 was fueling for the journey into space, on the ground the Young Lords Party were assembling to protest widespread social and political inequities. While José “Cha Cha” Jiménez founded the Young Lords, mainly Puerto Rican activists, in Chicago, they gained popularity in New York City.

Political and cultural ferment were pervasive in 1969—there was the Black Panther Party and the assassination of Fred Hampton; the hippie hoopla at Woodstock; the gay uprising at Stonewall; the melee in Chicago at the Democratic National Convention; and radical Black workers striking in Detroit.

One militant group fed off the other and this was the vortex of struggle that witnessed the arrival of the Young Lords, who quickly established themselves as a vital force and voice against police brutality, pitiful housing conditions, and the general racism and poverty that endangered people of color.

Most memorable was their action that summer when they raged against the New York City Sanitation Department for their failure to collect garbage in a timely fashion. They shook up the city when members of the group took over Lincoln Hospital where the conditions were despicable. Their protests forced the city to shut down the facility and totally rebuild it.

This Friday at the Schomburg, many of the former members of the Young Lords will gather to share memories of those halcyon days, including Juan Gonzalez, Jamal Josephs, Felipe Luciano, Mickey Melendez, Denise Oliver-Velez and Carlito Rovira. Moderating the event will be Dr. Johanna Fernandez with messages from founder “Cha Cha” Jiménez and performances by the Mahina Movement, Jani Rose and Xen Medina.