Central Park 5 Reality: How can you forget the real truth tellers of the Central Park Five 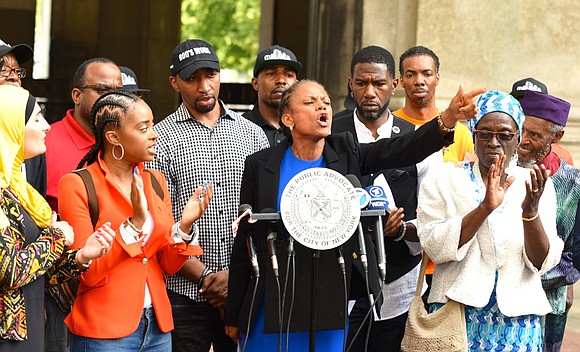 Within days of the brutal rape of Patricia Meili there were bull’s-eyes on the heads of five young men. From near and far there were calls for these young men to be put to death. The leader of this charge was our current president, Donald Trump.

The daily media at the time all printed the names of the Central Park Five, as they would come to be known. The boys, and they were merely boys at the time, Yusef Salaam, 15, Antron McCray, 15, Raymond Santana, 14, Kevin Richardson, 14, and Korey Wise, 16, were held and interrogated under dubious circumstances, charged and later convicted of this brutal rape and assault under the rubric of the Central Park Jogger Case.

While the term “wilding” was expropriated—its origins in dispute—it was used to describe these boys and the disturbances in the park that night; aside from the brutal rape, the daily press, along with the help of then-Mayor Edward I. Koch and others, vilified these boys without due process. There had been no trial and there had been no side of their story. There was no real evidence besides coerced confessions of scared children being held without parents or lawyers present.

On the other side of our city there was the Black press saying that these boys were innocent, that they didn’t do it. There were clergy and there were civic leaders and activists of the community, all standing up for these boys in a time when it could have been economically prudent to stand against them. There were the lawyers who defended them, Black lawyers whose sweat, blood and tears overflowed trying to get these five acquitted while all the city stood against them.

But these chapters seem to be forgotten. There is no mention of the New York Amsterdam News, The City Sun or the Daily Challenge. Only a modicum of mention is given to the freedom fighters who fought for justice during this case. We are pleased that the late Elombe Brath and his wife, Nomsa, are given time on screen.

For weeks, days, months and years following the April 19 assault, the New York Amsterdam News and its then-Publisher Wilbert A. Tatum blasted the powers that be, the media, (and was among the first to identify the jogger) and all those who vilified these youngsters. The call for justice was that these boys would be treated fairly and not pre-judged, as all the other media had done. Within 20 months of the incident all five were convicted and sentenced to between seven and 15 years. Yet the Amsterdam News still contended that these boys were innocent. They were wrongly convicted.

Finally 12 years later the courts cleared the names of the Central Park Five. Another man, a convicted serial rapist and murderer, Matias Reyes, who by chance encountered Korey Wise while incarcerated, said that he was the one who raped the jogger. And there was DNA to prove it. His DNA was the sole match. This evidence coupled with the inconsistencies of the confessions led District Attorney Robert Morgenthau to recommend that the convictions be vacated. All five had already served their sentences, but they were then removed from the sex offender registry.

But in the Netflix series, where are the true supporters of these boys? Where is the story of those who said that they did not commit these heinous acts? They are nowhere. In this version they have been erased from history. The record needs to be set straight. History has not been served. By these acts of omission Netflix and Ava DuVernay, the director of the series, are complicit in the continuing miscarriages of justice when it comes to people of color in this country. Tell the truth. Tell the world who was really there to support these boys. It was not the Times, it was not The Daily News, it was not the mayor. It was the Black press. And the Black press has been disappeared from this rewriting of history.