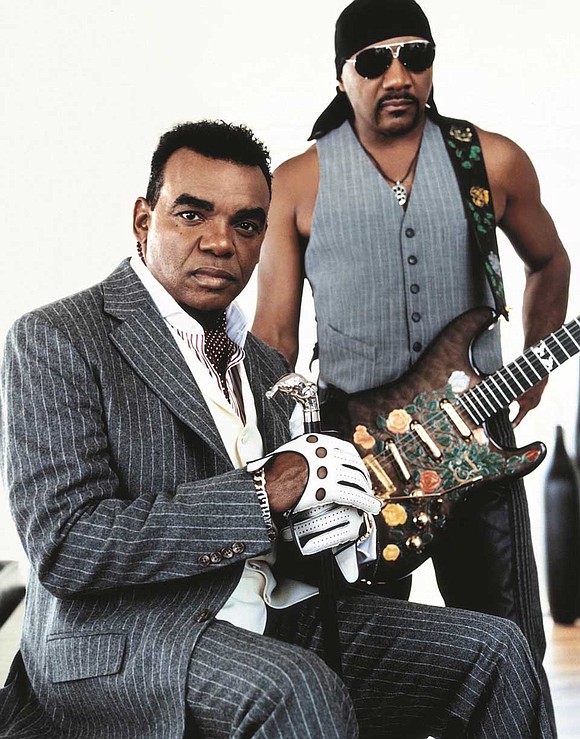 Greetings! GBE Black Music Month 2019 kicks in, with the encore of applause for “Twisted Melodies” the powerful play at the Apollo Theater honoring the late Donny Hathaway, still in the air.

Harlem Stage gives voice to the unique experiences of Southern Black Gay Men in its second annual Pride event. E. Patrick Johnson will discuss his collection of oral histories for his book, ”Sweet Tea,” and how he adapted the book to a stage play and later to a documentary film. WBAI radio’s Illustrious Blacks aka ManchildBlack and Monstah Blacks present a gravity defying performance and D.J. set. Saturday June 15, 4 p.m.  8 p.m. Harlem Stage, 150 Convent Avenue, Manhattan. Call the box office at 212-281-9240 or visit harlemstage.org/ becomeamember.

Nuyorican Poets Café and Ishmael Reed present a world premiere: “The Haunting of Lin-Manuel Miranda,” a two act play by Ishmael Reed about a playwright, misled by a historian of white history into believing that Alexander Hamilton was an abolitionist. The ghosts of those slaves who were trafficked by Hamilton attempt to educate Miranda, including Harriet Tubman who teaches him about “The Underground Railroad.” May 23 through June 6, Thursday-Saturday 7 p.m. or Sunday at 3 p.m. Call 718-288-8048 or visit: www.nuyorican.org.

“Much Ado About Nothing,” the Shakespearean classic comedy, features an all Black cast with award winning director Kenny Leon bringing his own directorial twist to the production at the Public Theatre’s Free Shakespeare in The Park Series, Delacorte Theater, now thru June 23. www.publictheater.org/ Visit/Delacorte-Theater/.

The Isley Bros announce their “You Make Me Want To Shout” 60th anniversary tour. For more information, go to www.theisleybrothersofficial.com.