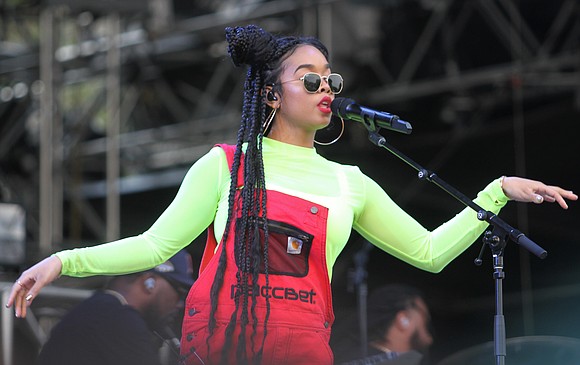 At least once a year, usually around Labor Day weekend, I find myself making the trek on I95 from the Boogie Down to the Two, One, Pound. That weekend the city hosts a highly regarded two day music festival. Four stages blare an eclectic mixture of artists ranging from up-and-coming talent to the biggest artists the industry has to offer. Real talk though, when you hit that town, you want to feel that town, and to be honest that festival seemed to lack in capturing the spirit of the city. I arrived at that conclusion this past weekend after finally, after 11 years, being able to make it down to what undoubtedly had to be a festival that was representative of the historic past and continued love for the soul of Illedelph: the Roots Picnic.

For the 12th annual Roots Picnic, a new locale was ushered in and with that a new outlook. “We finally have a Roots Picnic in the Park,” said Shawn Gee, the Roots manager and president of Live Nation Urban, “the vision 12 years ago was always to provide an all day musical and cultural experience in Fairmount Park. Black Thought, Questlove and I grew up spending our Sunday afternoons at the Belmont Plateau in Fairmount Park watching Philly DJs spin, and enjoying the vibe and the culture. It’s a great feeling to be able to come full circle and bring the Picnic to Fairmount Park, I think it’s a big WIN for the city.”

Winning for the city was what Tariq “Black Thought” Trotter and Ahmir "Questlove" Thompson aimed for when they first formed the band and what they stayed doing after dropping their major label debut, “Do You Want More” in 1995. (True day ones know about that ‘Organix,’ however) Their welcoming to mainstays in the eyes of public and industry respect occurred two albums later with the release of ‘Things Fall Apart.’ The impact of this seminal album, released 20 years ago, was celebrated by the band at this flagship festival. Capturing the essence of the album several of the guest artists from the record graced the stage as a form of homage to the band and also to serve notice of who they were as artists as well. Appearing during the set to recreate the magic, were artists the likes of Ursala Rucker, Common, Dice Raw, Beanie Sigel, Yasiin Bey AKA Mos Def and Jill Scott.

Basking in the affection Jill Scott expressed via social media to what she experienced. “I love coming home. @RootsPicnic 2019 was so much fun. Smiles everywhere. Deep hugs, cool ass vibes, great music, food bomb too and live music?!?!?!?!? Come every year y’all. So proud of my @theroots family,” she chided.

Bringing a show stopping performance was a difficult chore in light of some of the sets turned in throughout the day. In fact Black Thought may have had to compete against himself as he gave a stellar performance of the ‘Live Mixtape’ series, where he went toe to toe with Yasiin Bey and Pharoahe Monch.


Questlove, himself, pulled a double assignment as he served as drummer/musical director for not just the ROOTS, he also led the band the Soulquarians to a first of its kind jam session curated by Raphael Saadiq and Questlove, titled “Soulquarian vs Raphael Saadiq.” Other standout performances were H.E.R, Ari Lennox and Queen Naija.

Looking forward to next year. Right now, I’m out. Holla next week. Til then, enjoy the nightlife.