Leah Chase, the Queen of Creole Cuisine, dead at 96 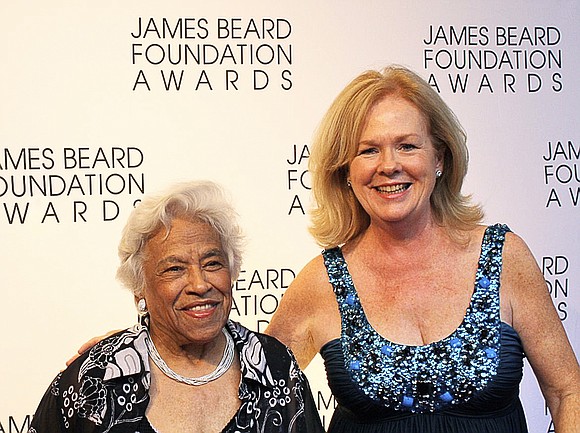 No visit to New Orleans is complete without a stop at the Dooky Chase Restaurant where on your best day you may be greeted by the “Queen of Creole Cuisine,” Leah Chase. The doyenne of the kitchen and chef extraordinaire, Chase, right to the end of her glorious life, which ended on May 31, 2019, at 96, was only content with pots boiling and hungry mouths to feed.

The image of her poised over a huge container of potatoes with a peeler in her hand is one often depicted, and she was as skillful with the instrument as she was in mixing an assortment of delectable ingredients for a horde of civil rights activists. She delighted in feeding an army of protesters, marching for freedom and equal rights. And she knew they had to be fed nothing but the best and most wholesome of meals.

“All my food is fresh,” she once told this reporter. “The fruit, the vegetables, everything here is fresh and grown locally.”

Even while preparing a meal, she was capable of regaling you with stories and events that are part of the restaurant’s history since its inception in the 1950s where she has been the main chef and chief storyteller. “You see those pans there and the big pots,” she pointed out, “there’s not a sign of rust on any of them because we scrub them every night, just like we scrub the floors at the end of the day.”

That cleanliness is only outstripped by the menu produced by the well-scoured utensils, and the long lines at the spotless restaurant are moved along with care and speed by a dutiful staff.

Born to Creole parents in Louisiana, Chase was a teenager when she moved to New Orleans to live with other relatives and to attend St. Mary’s Academy, according to her website. Upon completing high school, she began working at the Colonial Restaurant in the fabled French Quarter. In 1945, she married Edgar “Dooky” Chase II, a noted musician, whose parents owned the restaurant.

Once Chase settled into the operation she meticulously changed the menu, adopting the Creole style that has given it a national reputation. In addition, she began decorating the walls with colorful art, mainly from the most talented of the local artists. A cursory glance around the restaurant reveals the history of New Orleans through a series of paintings. Posted on a wall near the entrance are letters from Pope John Paul and President Barack Obama.

“What a life,” Obama wrote, “American history has always been driven by visionaries like Leah Chase—and all the men and women who worked and ate at Dooky Chase’s over the years—folks who serve up progress one bowl of gumbo at a time.”

There are sure to be hungry people at the traditional second line parade after her funeral and the famished marchers will end the day at a table at Dooky Chase savoring a meal in honor of the esteemed Queen of Creole Cuisine.